Thanks to my clumsiness, the LaGG-3 is on indefinite hold, so the time has come to select my next aircraft build. Usually, I have an idea of what I want to tackle next, but this time around, I simply have too many interesting subjects in the stash.

The last time I faced this conundrum – in armor – I posted a poll and crowd-sourced the choice. The winner – AFV Club’s Achilles – definitely pulled me out of my comfort zone and offered a rewarding, if challenging, build. So I figured, why not take the same approach this time around?

Here are the (several) aircraft I’m stuck between. The poll is at the bottom. Please vote early and often, and thanks for taking a few minutes to help out! 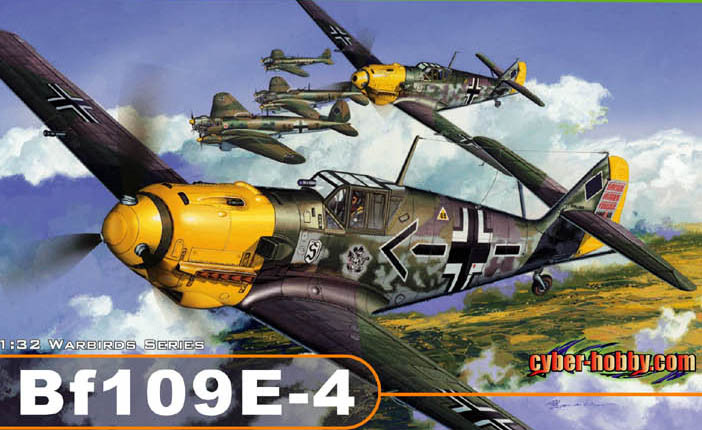 The Messerschmitt Bf 109 was the mainstay of the Luftwaffe, especially before the Fw 190 appeared on the scene. The E-4 variant, in particular, dates from the Battle of Britain, and Cyber-Hobby’s new kit looks absolutely phenomenal. Having recently built Eduard’s Bf 109E-7, I’m curious to see how they compare. But at the same time, two 109s so close together is a bit ridiculous. 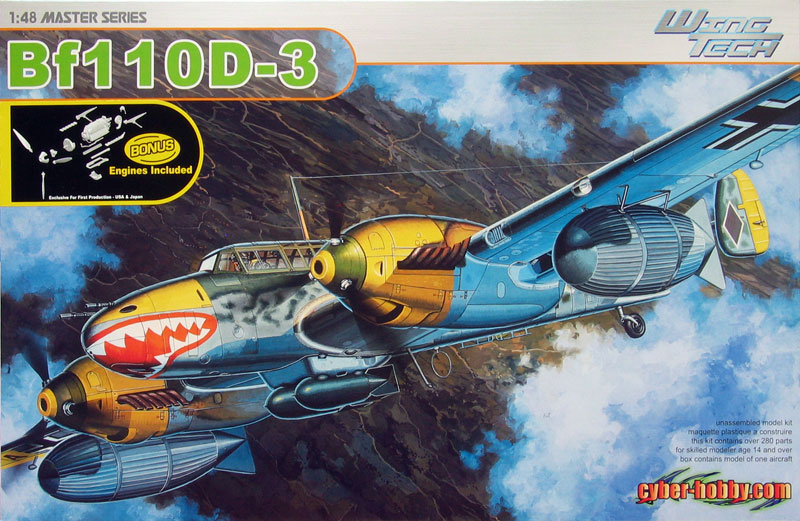 The Messerschmitt Bf 110 was intended as a twin-engined heavy fighter, and performed well in that role until it came up against the RAF during the Battle of Britain. Still, the 110 proved a highly capable strike aircraft and nightfighter. This particular variant dates from Greece in 1941.

The P-40 may not be the best fighter of World War II, but it’s certainly one of the most recognizable, thanks to the commonly-used shark’s mouth motif that it brought into popularity (and wore better than any other aircraft, in my opinion).

For bonus points, I would plan on building the aircraft depicted on the box art. If you can’t make out the name…it’s ‘Texas Longhorn’.

The P-47 is my favorite plane. I’ve already built one, and I’ve got six more in the stash! Everything from a cheapie Monogram to a ridiculous 1/32 Trumpeter Razorback. Not quite up for that one, yet, but I’m tempted to tackle Hasegawa’s 1/32 bubbletop. With a wingspan of nearly 15″, I don’t really have anywhere to display the finished product (my cabinet is only 11″ deep), but I’m not sure I’d let that stop me! 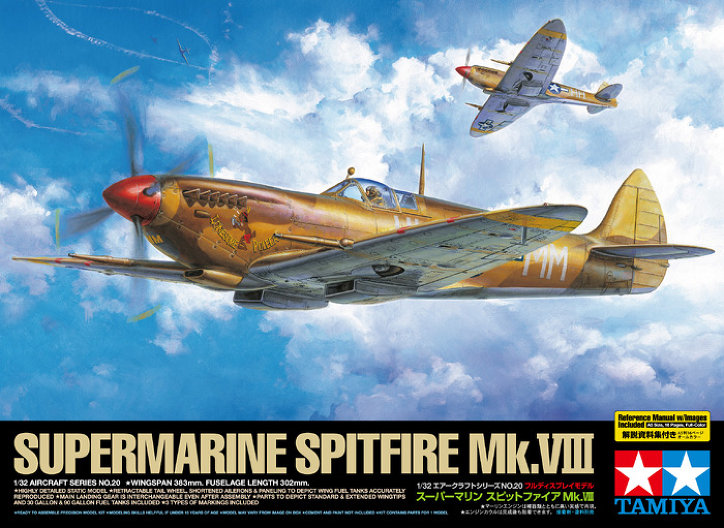 A lot of people consider the Spitfire to be one of the most beautiful aircraft ever built. I’m not one of them. I’ve always thought the proportions a bit “off”. The wings too big and the fuselage too narrow. I have a good deal of respect for the Spit, but it’s far from my favorite aircraft. That said, Tamiya’s 1/32 Spitfires look like absolutely amazing builds. I’ve got a Mk.VIII in the stash, and it’s been hard to stay away from it, especially when you’ve got markings like this play with. 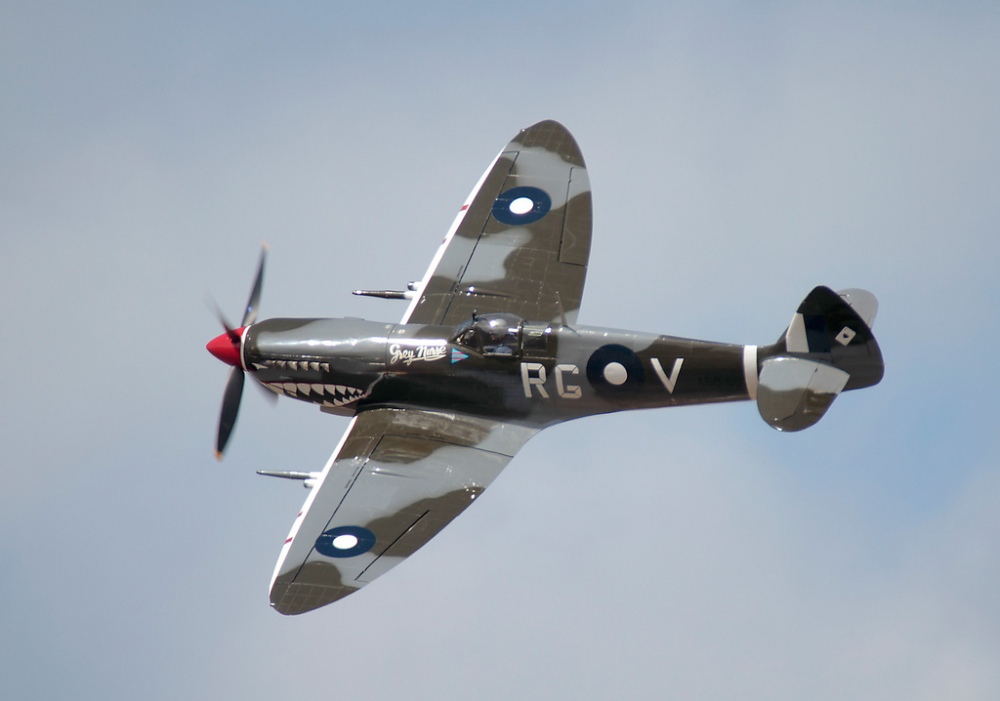 Next to the P-47, the F4U Corsair is probably my favorite plane. The inverted gullwing design and the snarling Pratt & Whitney R2800 radial engine are really something to behold.

The “Birdcage” Corsair is an early variant, called as such due to it’s caged canopy. While perhaps not as imposing as late-war Corsairs such as the F4U-4 with it’s massive four-bladed paddle prop, these early Corsairs operated almost entirely from desolate island airfields, where the harsh environments and limited maintenance facilities, leaving them weathered to a degree rarely seen among other flightworthy aircraft. 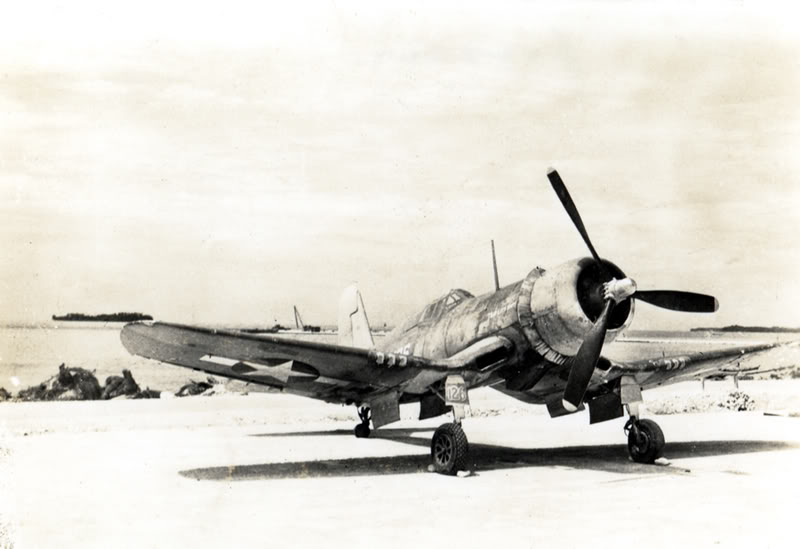 It’s hard to overstate the importance of the P-51 to the air war over Europe. Not only was it a superlative dogfighter – one of the very best of the war – it was also the first fighter with the range to escort the bombers of the 8th Army Air Force into the heart of Germany and back.

If I do the Mustang, chances are pretty good that I will build one of the 352nd Fighter Group’s blue-nosed birds, with the cowl panels opened up to expose the Merlin engine.

Another Jug, this time the earlier “razorback” design. I built Tamiya’s P-47D bubbletop not too long ago and loved it, so I know this would be a pleasure of a build.

Markings would probably be for the rather distinctive “Magic Carpet”.

Allegedly inspired by the design principles behind the Focke Wulf Fw 190, the F8F Bearcat was Grumman’s ultimate piston-engined Navy fighter. By taking the same Pratt & Whitney R2800 engine found in the P-47, F4U Corsair, and F6F Hellcat, and cramming it into a much smaller airframe, Grumman basically pulled the same trick that sports car makers do today. The result was a remarkably fast, remarkably maneuverable little beast of a fighter that was beloved by its pilots. Unfortunately, it came too late to play a role in World War II. The first units were still en route to the Pacific Theater when the Japanese surrendered in August of 1945, but the Bearcat continued to serve with the Navy until the jet age swept it from the carrier decks.

So that’s the list. Vote below…I’ll be tallying up and make a decision toward the end of the weekend!

EDIT: I’ll be taking the poll as it stands when I wake up on Saturday morning (May 7th). So vote until then!