If you look through my stash, it’s fairly obvious that most of my modeling interests are focused on World War II. Sure, there’s a biplane or two in there, and a few early jets, but the Second World War dominates the list.

Part of the reason is the machinery…which to me just has far more scrappiness and personality than the increasingly sterile equipment of more modern times. And that machinery, by and large, actually did stuff, be it flying combat air patrols over the front, escorting bombers, busting through the hedgerows of Normandy or what have you.

But I’m also drawn to those who operated the machines. The pilots and tank crews whose exploits are often passed over in the broader scope of the most epic war the world has ever known.

I zeroed in on Henry Brown from the first moment I read about him. Hailing from my hometown of Dallas and flying a P-51 named “The Hun Hunter ~ Texas”, Brown was one of the leading aces of the 355th Fighter Group flying out of RAF Steeple Morden.

In April 1944, flying his P-51B, Brown took on four Bf 109s to save two fellow P-51s they were stalking. A 20-minute duel against the four 109s ensued, with Brown pushing them out of a defensive Lufbery wheel and driving them off despite the fact that he was out of ammunition! A few months later, in October 1944, his P-51 was knocked down while strafing an airfield. His fellow pilot Chuck Lenfest landed to rescue him, but his plane became stuck. ANOTHER pilot, Alvin White, also landed, intending to give his plane to one of the two higher-scoring pilots, but they had already fled into the woods. Not long after, they were captured by the Luftwaffe and finished out the war in German custody.

Brown’s P-51D was every bit as distinctive as his earlier -B model, sporting the white spinner and cowl ring of the 355th and a distinctive dark green camoflage applied to the upper surfaces. On his -B it has been fairly well established that this was in fact RAF Dark Green raided from British stock rather than olive drab. There’s some debate as to which color his -D Hun Hunter wore, but I’m swayed more toward RAF Dark Green, which seems to have been the go-to for a lot of non-standard paint schemes throughout the 8th Air Force. 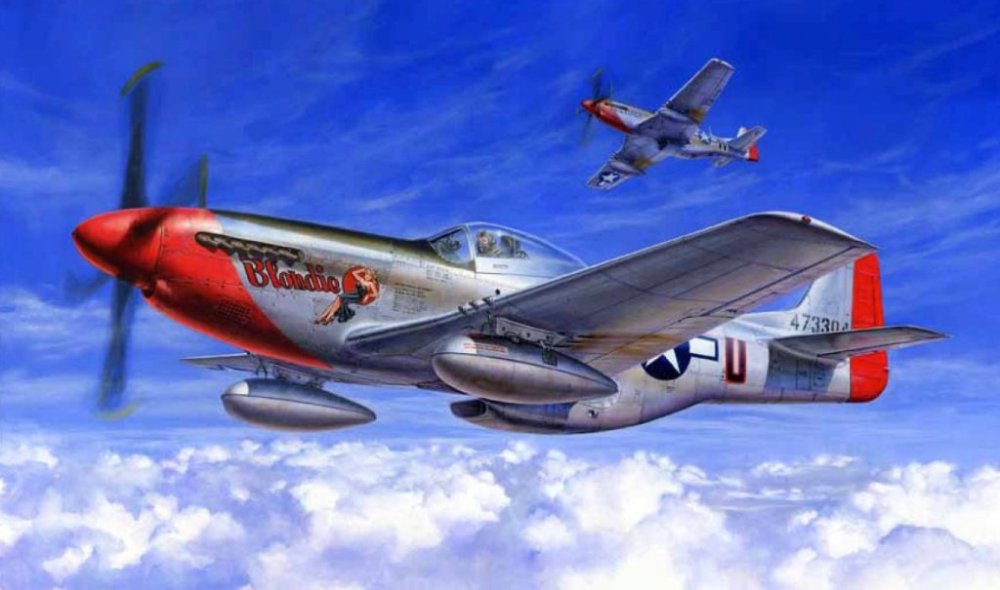 I managed to score myself a second 1/32 Tamiya Mustang for 50% off during Squadron’s ridiculous Black Friday sale. Since the first one is destined to represent Col. John Meyer’s “Petie 3rd”, I’ve been considering a more camoflaged scheme for the second, and Brown’s “Hun Hunter ~ Texas” seems like a logical choice! Especially since Tamiya’s kit offers the filleted or early filletless tail.