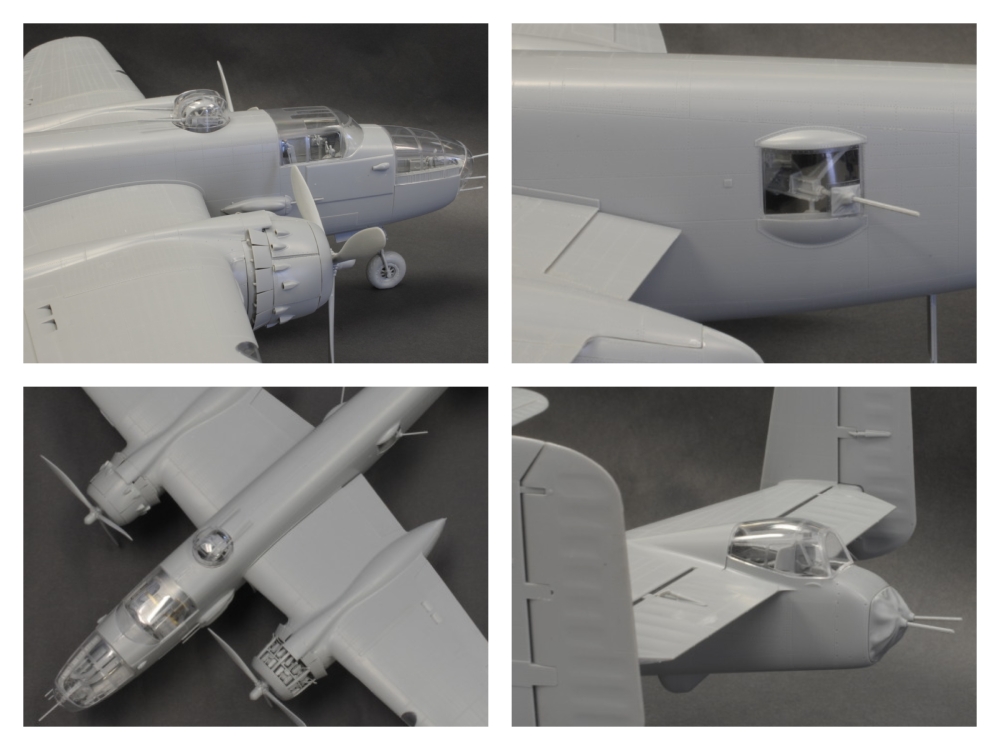 Last year, I was eager to be one of the first out of the gates when Tamiya’s masterful 1/32 P-51 Mustang dropped. Between a layoff, other builds on the bench, and an impending move, I waved off.

Now, another glorious 1/32 release is imminent – H-K Models’ ginormous B-25J Mitchell. How ginormous? Well, a 1/32 P-47 Thunderbolt – definitely a scale and subject that projects “presence” – has a wingspan of about fifteen or sixteen inches.

I’m absolutely psyched for this kit…and unlike the Mustang…I won’t let this one slip off to the stash. Work begins the day it arrives…which should hopefully be toward the end of March or early April.

To make the wait a bit easier (or harder!), some pics of a buildup of the big bastard have popped up over on Hyperscale. A few are posted below, or CLICK HERE to go check them all out.