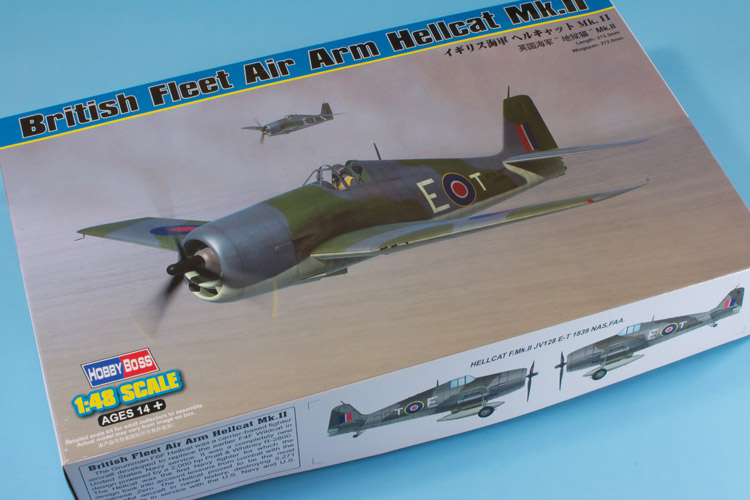 The Grumman F6F Hellcat was one of the most successful aircraft of World War II by pretty much any measure. By itself, the Hellcat boasted a staggering 19-to-1 kill ratio and created 305 aces on the way to recording 5,163 kills. But, let’s be honest, it’s also something of a bland design, and I think that’s why it often gets lost amid the sexier lines of the Mustang, Spitfire and Corsair, the sheer brutality of the Thunderbolt, and even the scrapiness of the P-40 Warhawk.

In preparing for this review, I did a brief census of the Hellcat’s representation in 1/48 scale, and was somewhat surprised to find kits from Arii, Eduard, Hasegawa, Hobby Boss, Lindberg and Revell. As with the real deal, the 1/48 Hellcat is a lot more prolific than common perception suggests.

Hobby Boss, like Eduard, has released several different boxings of the boxy fighter to cover different variants and markings. The latest of which is this Hellcat Mk.II serving with the British Fleet Air Arm. How does it stack up? Let’s find out.

Read the review over at Scale Plastic & Rail! And while you’re at it, check out the SPAR Forums!