I know I’ve said in the past that Tamiya should not waste its time kitting a 1/32 Messerschmitt Bf 109. Maybe not on this blog, but certainly in various forums. Something along the lines of “there are already so many 109s, price, blah blah”.

Well you know what? I take it back. The door is wide open for a definitive Bf 109. At least among the later variants. By all accounts the Cyber Hobby Emils are rather the bee’s knees.

Because there were approximately five hundred different variants and subvariants of the 109, it sure seems like there are a ton of 109 kits to be had. But when you narrow down to a specific variant, the options narrow considerably.

If you want to build a 109G-6, you’ve got three options – Hasegawa, Trumpeter, and Revell.

The existing options are flawed

Since coming back to modeling in 2010, I’ve built five 1/32 109s. Eduard’s 109E-7, a Hasegawa G-4 and G-14, Revell’s G-6, and Trumpeter’s G-10. None of them stands up as what I would call a definitive kit, the way you could claim for Tamiya’s Corsair or Trumpeter’s Dauntless or Revell’s Arado. The Eduard probably comes closest, and between it and the Cyber-Hobby kits, the 109E is actually in rather good hands. The late models far less so…

The Hasegawa 109s are quick, easy builds, but sparse on detail, lack separate control surfaces, and in some instances just totally muck up accuracy (the K-4 cockpit not being a K-4 cockpit, for instance). Rivet counters also get butthurt about the fuselage being too “square”. They’re also ridiculously overpriced for what you get. 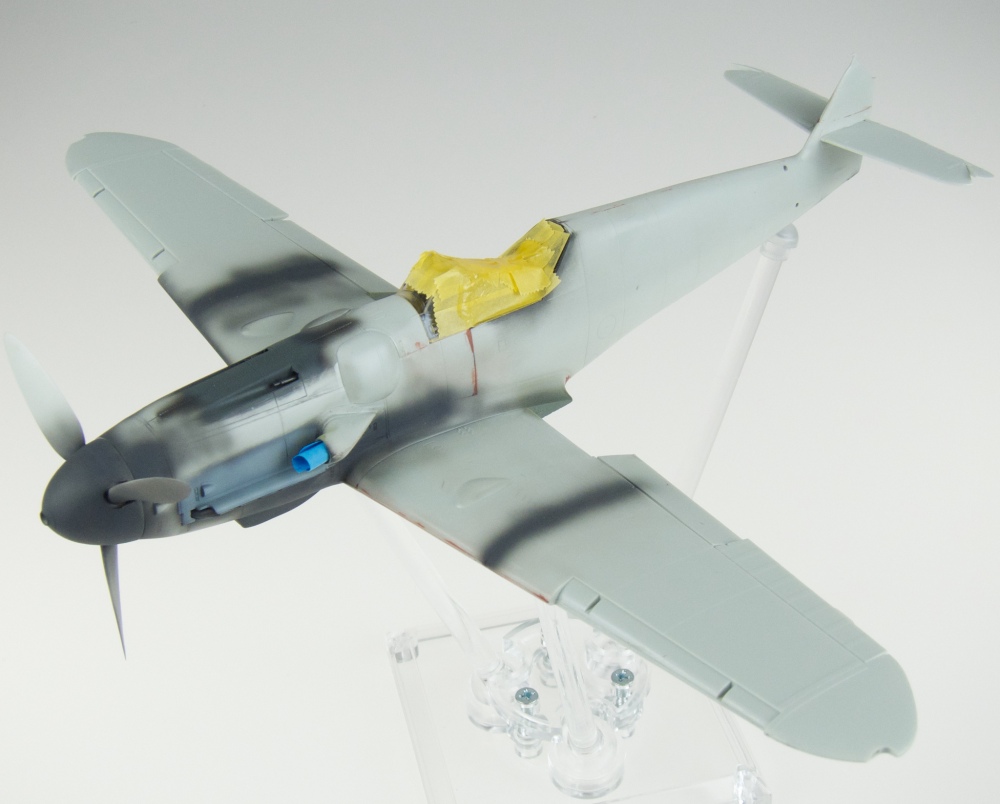 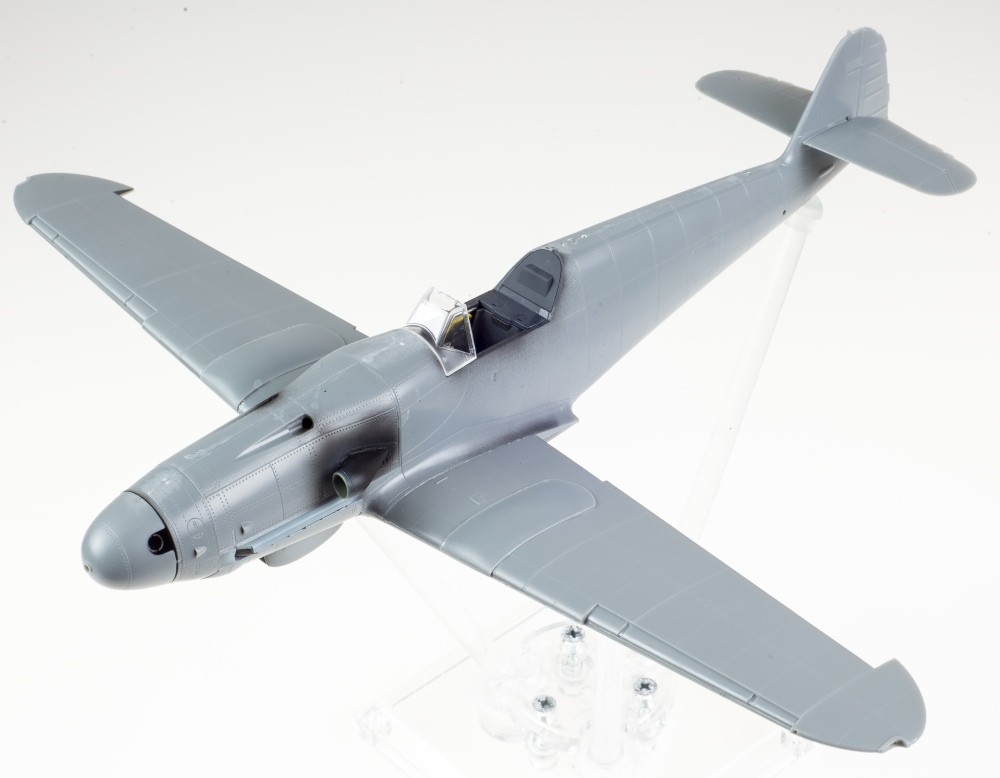 Trumpeter’s G-6 gets a bad rap due to it’s G-6 rudder being too short. I don’t think that’s entirely fair, because Hasegawa and Revell fumble plenty of stuff and seem to largely get a pass for it, even though correcting those fumbles probably supports half of the hobby’s aftermarket industry. Overall, I have to say it’s broadly on par with the Revell and Hasegawa 109s. In some ways it’s better – like, having an engine and cowl panels that align to the real things (and fit!), or having easily the best gear struts of the three, or rivet detail. In some ways, it falls short (separate but non-poseable control surfaces…why bother?).

TL;DR, they’re all good-but-flawed kits that could easily be knocked off their pedestals (though, as cheap as the Revells sell for, they’ll have staying power).

Look, it’s not like any of the 109s out there are bad. It’s just that they all manage to surpass the others in like, one area, but then totally flub two other areas. Why isn’t there a late 109 with a full engine, poseable control surfaces, competent gear struts, more-than-half-assed gear bays, a decent prop spinner, and sublime rivet detail? That incorporates proper cowl panels, integrated wing spars, and a FuG 16ZY antenna that looks anything like the real thing?

A Tamiya 109, assuming it was pulled off with the same elan as the Spitfire, Mustang and Corsair, would sell like hotcakes. Hell, it would make the Corsair look like a gamble. The 109 has to be the most modeled aircraft, hands down, and those of us with multiples from different manufacturers hanging around our stash would still go out and buy one or five Tamiyas. After all, there are enough different schemes to build dozens of 109s and never get bored.

There’s just one catch – those countless variants. If Tamiya came out with, say, a G-6, there’d be calls for a G-14 and a G-10 and a K-4 and a G-2 and F-4 and so on. Given the lack of a Spitfire I, II, XII, XIV or any of the PR variants, and the lack of a P-51B/C, Tamiya doesn’t exactly have the variant-thoroughness thing down. My hope in that regard would be a kit that could at least play as a few variants. Say a G-6 with short and tall tail and tailwheel options, with the parts/possibilities to build it as a G-2, G-4 or G-14.

Wouldn’t happen that way, but hey, nothing wrong with dreaming.