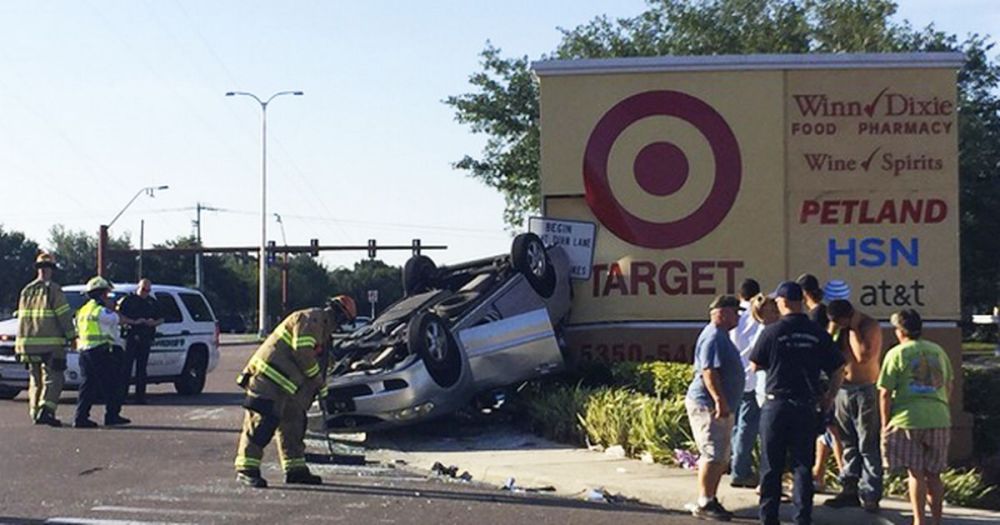 How long do you have to stick with a product before you can pass judgment on it? To some out there, it’s inappropriate to call a product crap when it completely and totally fails you out of the gate.

Look. Right now, we’re absolutely spoiled for choice. In the kits we build, the aftermarket we choose, the paints and tools we employ. It’s a total buyer’s market, and unless you’re being sponsored by some brand or other, you are under absolutely no obligation to stick with a product that does not meet your standards.

There is no rule anywhere that says you have to use a product on three builds before you can call it crap. That’s like saying you can’t pass judgment on a car until you’ve driven it for 500 miles. I’ve driven plenty of cars in my time, and I can tell in the first one hundred feet if I’m going to like it or not based on the steering feel and throttle response alone.

I’ve had Vallejo Gloss Varnish nearly ruin a build. It’s crap because it’s so unpredictable. Meanwhile, their Matt Varnish is consistent and good. I had the blade of some ninja saw or something I bought from Sprue Brothers pull out of its wood handle the first time I used it. Fuck that, I’ll stick with my trusty JLC. I feel absolutely zero compunction to beat my head against these things over and over again to confirm their badness.

Now, yes, it is shitty to declare a product bullshit if you’ve never used it. That old adage of “don’t knock it til you try it” and all that.

But once you try it, it’s open season.

A Tale of Two Primers

Here’s what brought this all about. Over the past, oh, two years or so, I’ve been a loyal user of Guzne Mr. Surfacer 1500 Black. It’s my go-to primer. It sprays beautifully, grips well to the plastic, and has never given me a problem of any kind. It took me a while to find it, after working my way through several other primers, but it’s the best I’ve used and that’s that.

Recently, however, I’ve had cause to play around with two different primers. Both with reputations that precede them.

The first is from Zero Paints, widely regarded as the best when it comes to automotive paints. For some silly reason, I’m building a Tamiya Porsche 934, and painting it pink. That calls for a white primer…which I didn’t have on hand, so I figured what the hell, let’s go to the gold standard in car model paints. An awesome, airbrush ready lacquer primer.

The second is Badger’s Stynylrez primer. This stuff is acrylic, and for that reason I’ve long been skeptical of it. But lots of people have been singing its praises, and a fellow modeler wanted me to test some through my Grex XGI, so hey, why not?

What Happened Next Will Shock You

So the Badger stuff, which I had reservations about, performed wonderfully. I don’t particularly care for how sloppy you have to spray applying it, but it levels out like nobody’s business, and after 24 hours, laughs off Tamiya tape.

The Zero stuff, on the other hand, proved something of a frustrating spray. It pooled in a weird way in the airbrush’s spray cap. And it dusted like ISO-thinned Tamiya sprayed on a very hot day.

Fortunately some light wet sanding with micromesh knocked it down and silky smooth. 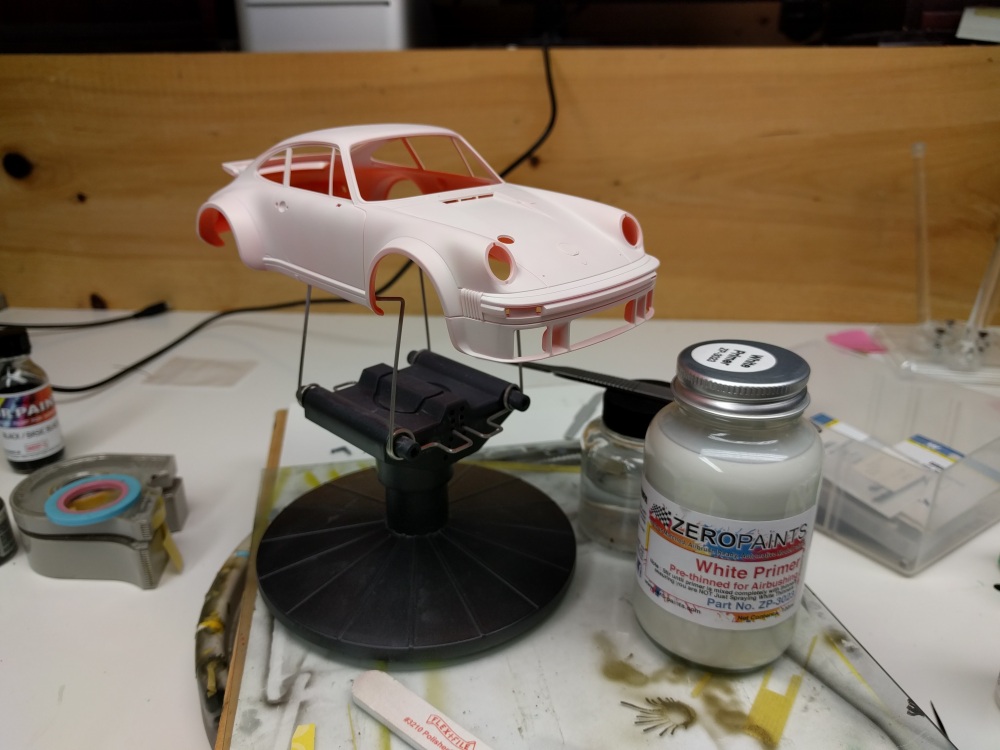 Everything seemed fine – if a bit more cumbersome than I’d have liked – until fully ten days later. I’d set it aside to work on some other things, and was coming back around when I saw this. 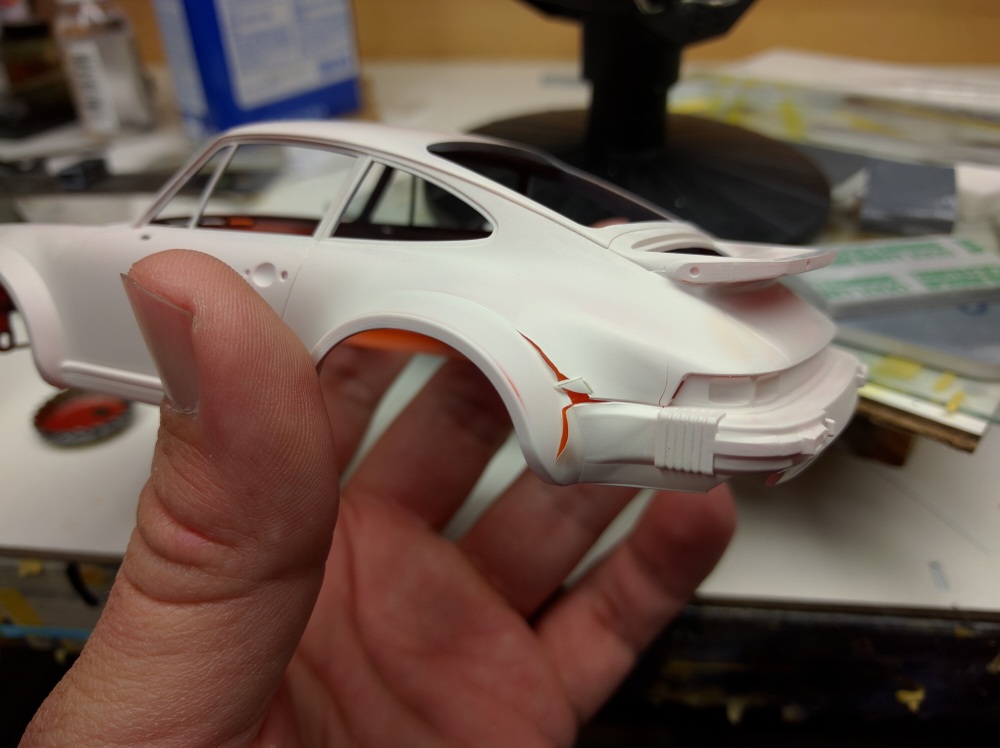 The primer just lifted clean the hell off the plastic. Just poking at it caused it to flake off in sheets.

But wait – it gets better. When I went in to blow off some shards, this happened:

Now, after seeing a lacquer primer pull this kind of shit, I’m ready to call it like I see it. 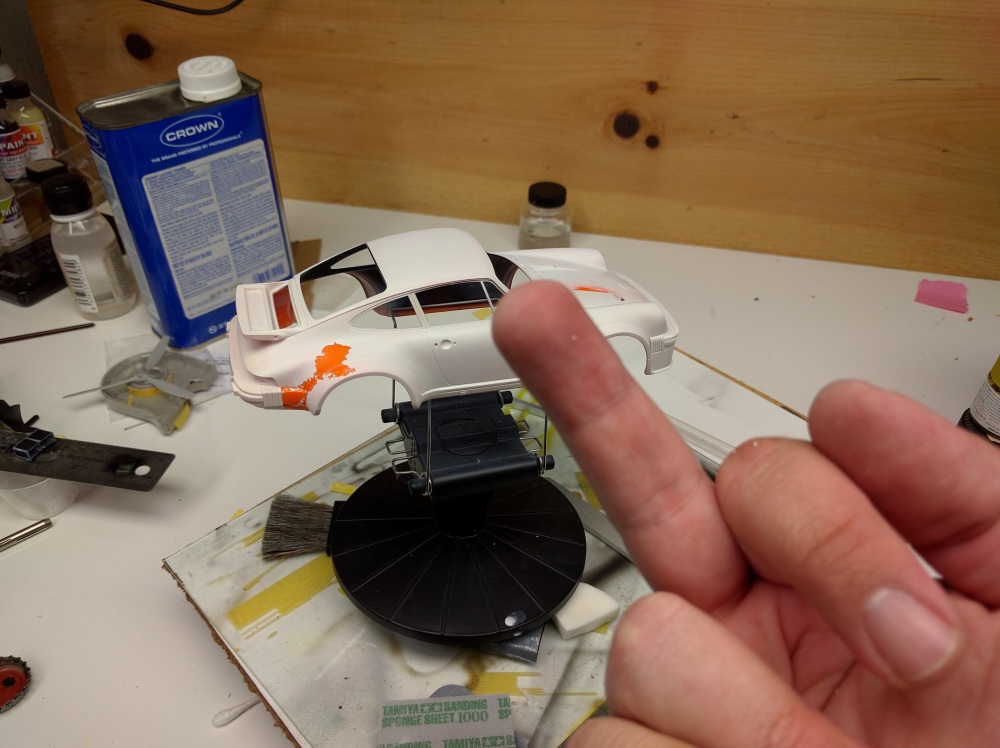 But apparently that’s inappropriate to some. One bad experience isn’t enough to flame a product.

Uh, do you see that shit flaking off? Blowing off?

I’m sorry. I’ve been using lacquer primers for some time. I have a damn good sense of what to expect from them. And it doesn’t involve randomly lifting from the surface after more than a week. Or blowing off in sheets. I’ve never had an acrylic primer do this, much less a lacquer.

Could it be user error? There’s always the possibility. But the body shell was washed. The surface given a gentle wet sand with a micromesh pad. The huge bottle was shaken to a degree that any reasonable person would say was overkill. The Mr. Surfacer sprayed on the inside surfaces has not flaked, and seems to have every bit as good a bite as it always does.

It doesn’t matter. Even if this primer is god’s greatest gift to others, it totally and completely failed on me. It failed to perform anything like every other lacquer primer I’ve used. And that’s enough for me to flip it the bird.

You know why? Because there are plenty of other white primers to choose from that won’t pull this shit.