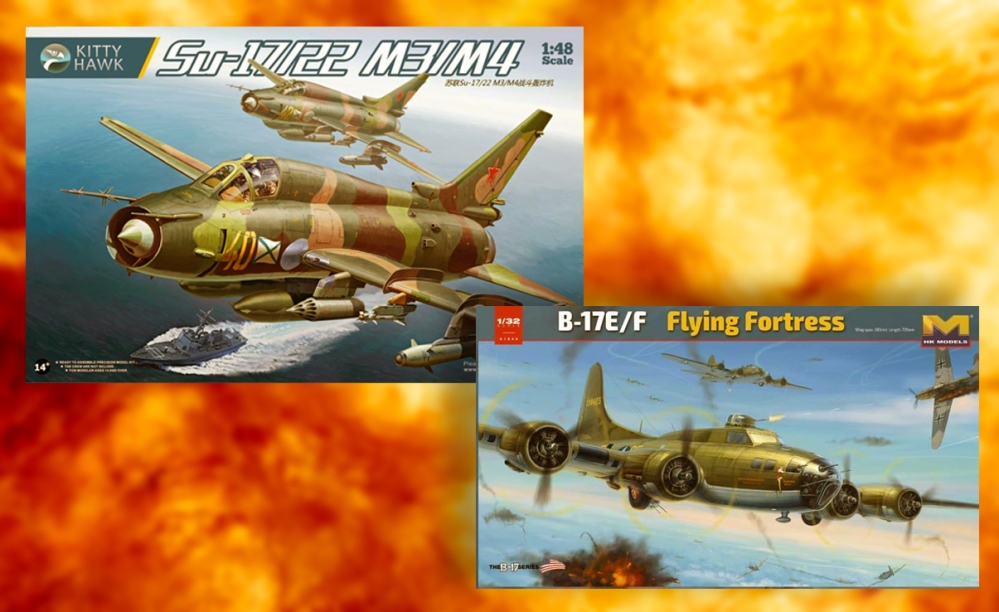 2016 is definitely a year of, uh, unexpected elections. Let’s just leave that at that.

The Contributor-Funded Kit Reviews Round 3 vote, it seems, is no exception.

After the Round 1 and 2 votes saw the eventual winners pull into a commanding lead relatively early on, Round 3 was different. The early favorite fell off late, and two other subjects remained neck and neck. Trading places as votes came in.

For a while, it seemed that Kitty Hawk’s upcoming Su-17/22 Fitter would squeak it out. And then HK’s big B-17E/F nosed ahead. And then it went back, and forth.

Well. Shit. I hadn’t planned for this.

There have been a few suggestions to flipping a coin or other random-selection mechanisms. No. Maybe it’s the way I’m wired, I don’t know, but I’ve never been a fan of turning things over to random chance. Random chance has enough say in our lives as it is.

I’m also not keen on a run-off, because that’s another fucking mail merge to set up, and limiting it to those who voted the first time out would require some Excel formulas that I don’t want to work out on a weekend.

So what’s going to determine the winner?

First, a bastardized bicameralism. The US government divides its legislative branch into two bodies. The House of Representatives is based on proportional representation. States with more people have more representatives. Then there’s the Senate, where every state has two senators, and most of them are assholes.

To determine the winner, I’m going to look not only at the vote total, but the voter total. My main voting system is $1 = 1 vote, but for runoff purposes, a 1 vote per person approach will indicate which subject has a broader base of support.

Second, which one I feel is more in need of a rigorous build review. With both the Fly Hurricane and Kinetic F/A-18C, I feel like there was enormous benefit to covering how the things actually come together. If you’re going to build one, it helps to know where to pay extra attention or drink extra alcohol.

And the winner is…

In terms of the “popular vote”, the Fitter musters 61% of the vote to the B-17’s 39%. Essentially – more people are interested in seeing the Fitter reviewed.

In terms of which is more in need of review, I have to concede, that’s the Fitter as well. For a few reasons.