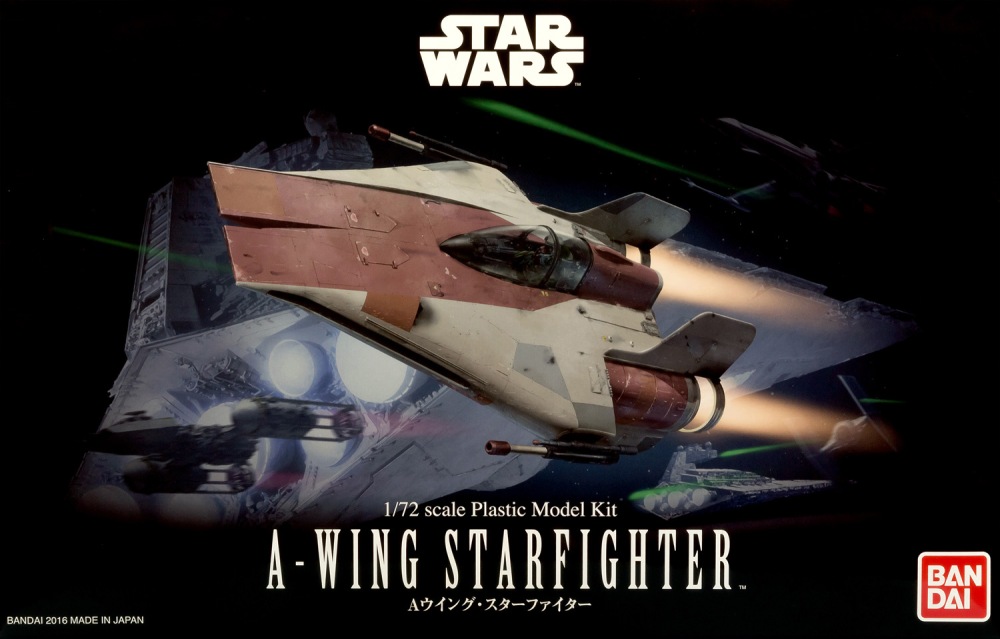 If it seems like I’ve been somewhat quiet of late, well, I have been. In part thanks to a combination of work, travel, work travel, and being glued to the twists and turns in the Trump-Russia scandal. But also in part to behind the scenes work on a project for an upcoming issue of Weathering Aircraft magazine.

The theme of desert weathering happened to line up nicely with the release of the final novel in the Star Wars: Aftermath trilogy. While not a particularly good book, it’s notion of a protracted Battle of Jakku gave me the idea of Rebel fighters forward-deployed planetside to cover ground forces. And Bandai’s A-Wing seemed like a fun subject to mess around with.

The mental narrative I worked from is that a forward-deployed A-Wing squadron found it necessary to paint over the deeper red markings with something more suited to desert operations, inspired by the photo recon Spitfires the RAF flew in North Africa. At some point, a hit from a TIE fighter took out the starboard engine, necessitating a cobbled-together field replacement. And of course, grinding service in a hostile desert environment means sand, dust, and all that good, delicious weathering.

The blow-by-blow will have to wait until the article drops, but I will say two things.

First, I used plenty of enamel weathering products on the A-Wing and it did not explode.

Second, there are some tricks to building these Bandai kits that I frustratingly discovered too late in the game. While overall the A-Wing is an excellent kit, the press-fit nature of the assembly is problematic. It makes it very difficult to test fit. In several areas, like the central fuselage, the parts went in and there was just no going back. Toward the end, I started cutting off various lugs and found that this made test-fitting and removability of parts significantly easier. And the fit is still damn good. For example – the engine assemblies and rear bulkhead fit snug, but can be teased off with a small amount of wiggling. Next time I tackle a Bandai kit, I’ll be better prepared for sure.