When we’re shooting photos of our models, there are a lot of factors to consider. Lighting. Proper white balance. Aperture.

But there’s one factor that is often overlooked, and that can play a significant role in the look and feel of your images. Now, there are some out there who claim that shorter and longer focal lengths introduce distortion into an image. But outside of the really short end, where you get barrel distortion around the edges of the image, that’s really not the case. If you stay in the same place and shoot the same subject, and only vary the focal length, as you can see with the barn up there, distortion isn’t a factor.

Distortion does come into play, however, when you change your perspective relative to your subject.

These cans show the idea rather well. It’s not the focal length that is causing the feel of these different images to change so much, but the distance from the subject.

How does this apply to modeling?

Recently, I’ve been working on Trumpeter’s 1/32 MiG-23. It’s a big, long aircraft, and ungainly as hell to shoot. What’s more, with my usual 60mm lens, I had to pull back so far to shoot the damn thing that it was starting to feel…compressed.

I mean, this is a big model. But in the photos, it almost looks like a 1/48 kit. And the wings and tail look unnaturally compacted.

So I decided to do a little visual demonstration.

Now, here it is shot with my 35mm lens, from the same position.

If you look closely, there’s no distortion here, but there’s a much wider field of view. And that field of view lets me get my camera closer.

When that happens, the proportions distort to give the Flogger more a feeling of dimension, with the nearer elements growing larger, and the further elements smaller.

It can be tough to really appreciate the difference that the combination of focal length + distance can make in the feel of an image, so I’ve combined the two for easier comparison.

If you compare these two images, the 35mm lens and closer shooting distance invoke a much more epic sense of scale. The tail is larger. The wings longer. The nose stretches further into the distance.

It’s generally said that 50mm is a “neutral” focal length, in that it basically captures the same field of view as the in-focus portion of our natural eyesight. But we also have peripheral vision and depth perception. And when you get up close to an aircraft or a tank or whatnot,  it can seem rather imposing.

By playing around with your focal length and your distance from the subject, you can recreate some of that same sense of scale with your model photography. Is it correct? Well, I’d say it’s a matter of perspective.

To see the perspective in action, I’ve shot three subjects – my 1/32 Ki-84 Hayate, 1/35 T-80BV, and 1/32 F-104S-ASA Starfighter – with three different lenses. My 35mm, 60mm, and 100mm. As you can see, the focal length + perspective shift creates vastly different senses of proportion, allowing you to play with different ways of capturing your builds.

Which do you prefer? 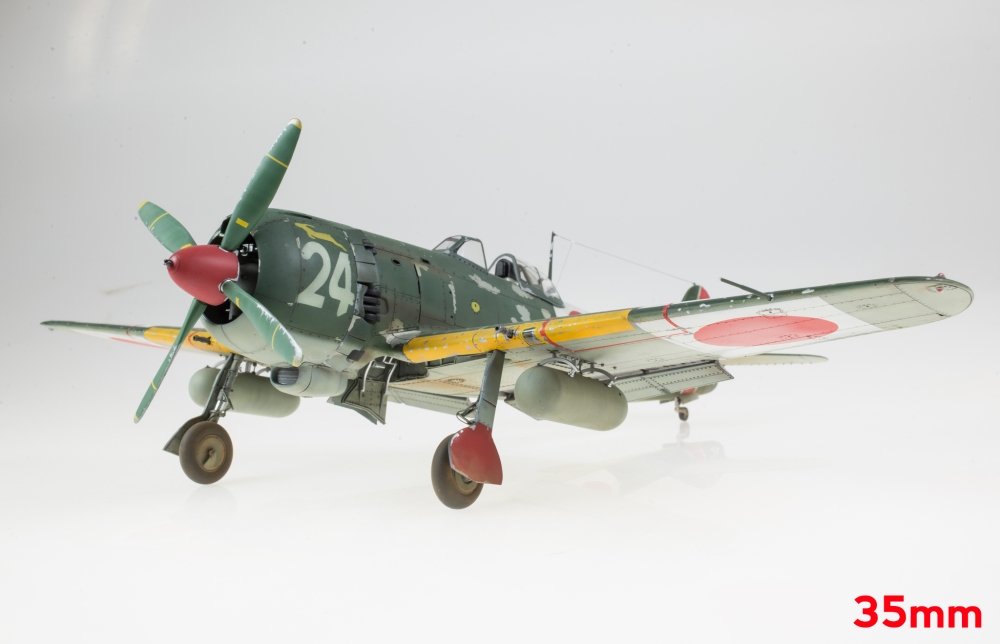 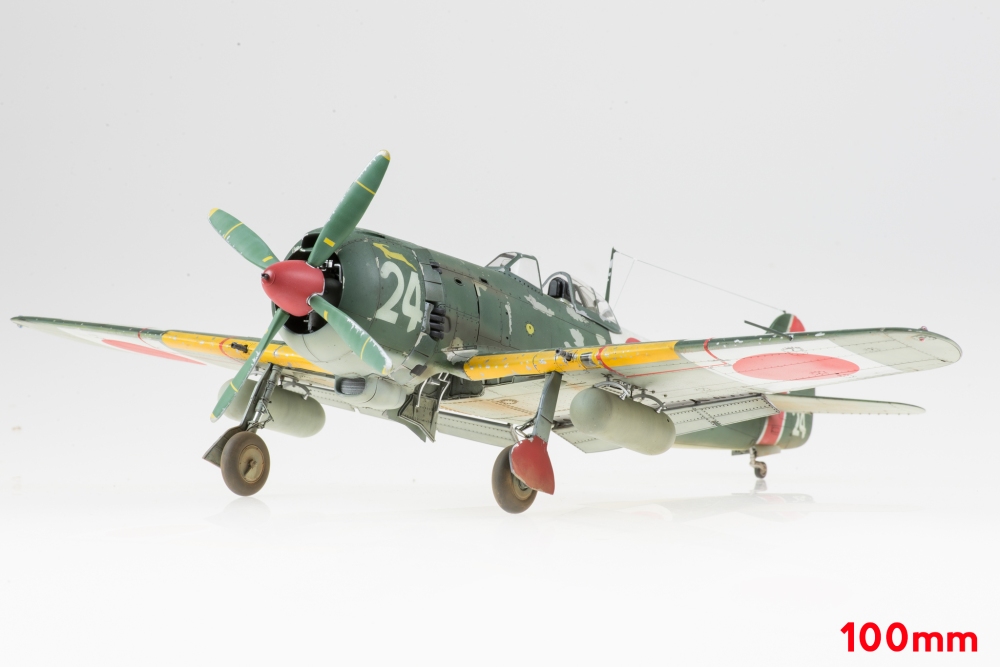 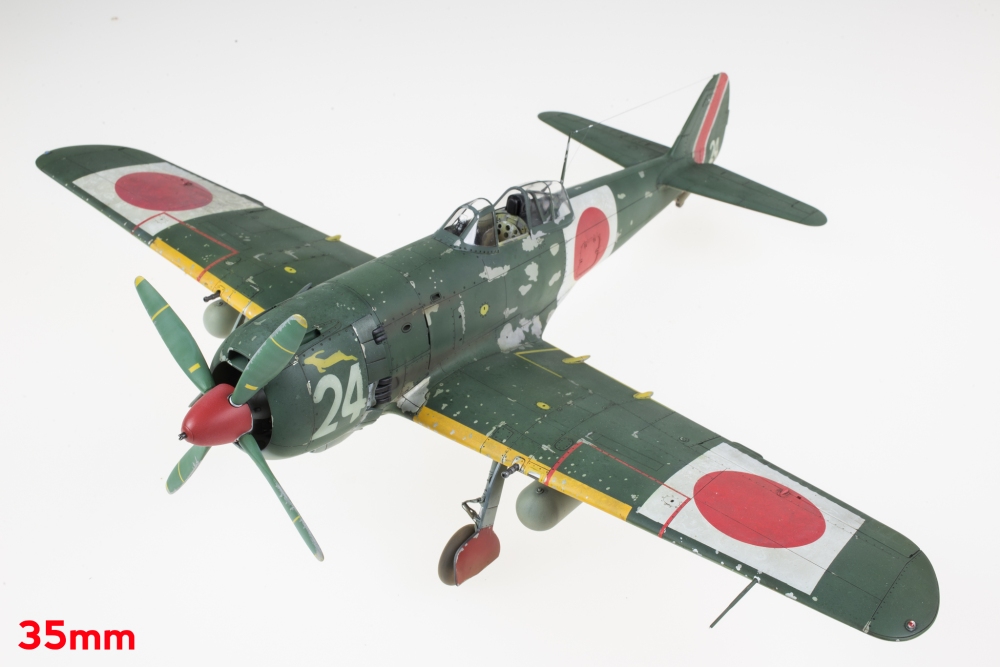 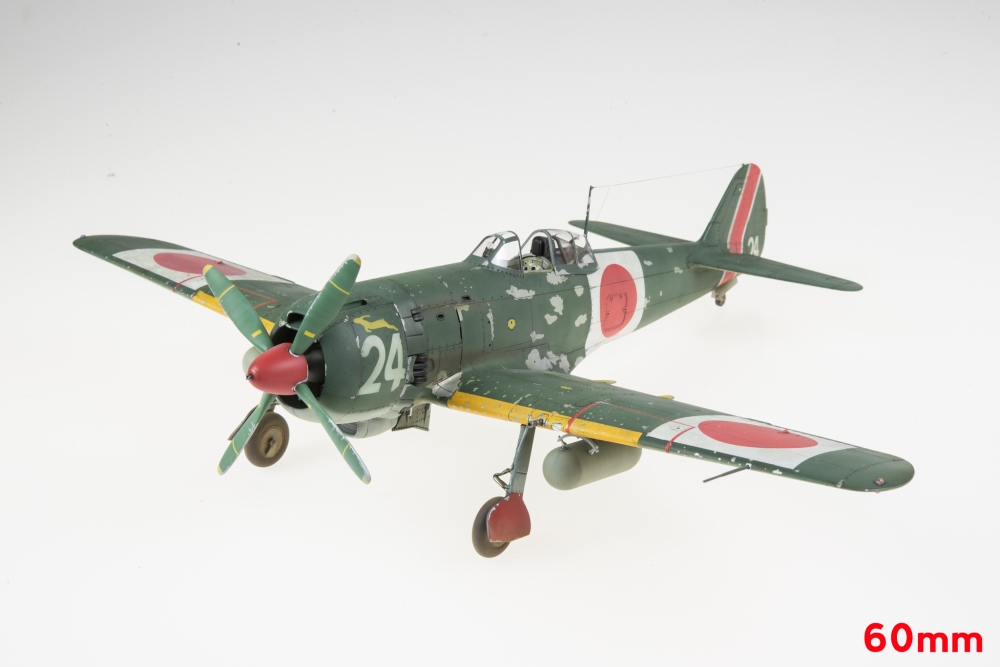 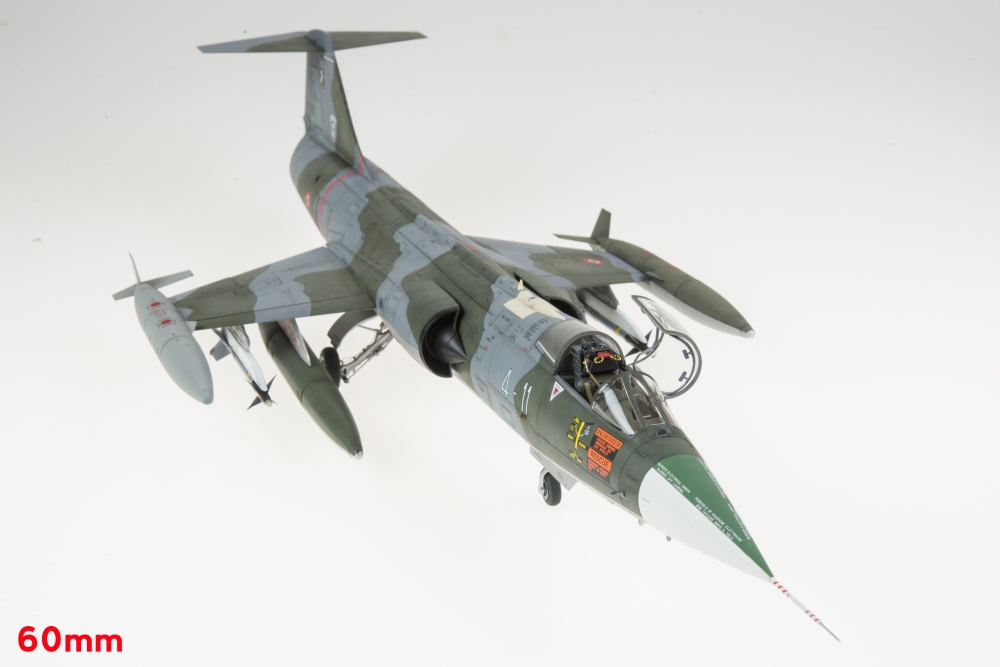 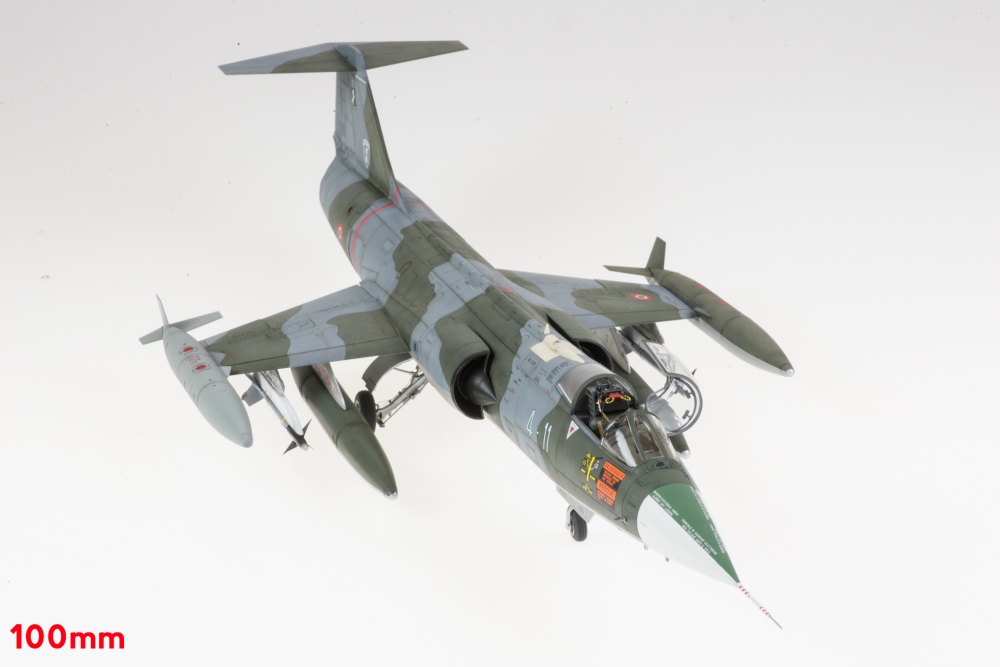