Bases have never really been my thing. In part, I think, because the focus of my modeling has typically leaned more toward aircraft, where bases are mostly an afterthought.

But there are two other factors at play.

One, I’ve never felt like I have a head for picturing and executing bases. Whenever I’ve tried, I’ve rabbit-holed. I’ve gotten hung up on stupid shit. I’ve had trouble getting the drama I want out of them.

And two, I think probably 75-80% of bases look like shit. Instead of adding to a build, they detract from it.

I certainly haven’t been too happy with mine, historically. Too flat. Too single-element. Boring.

But then, I decided to add a base to my Takom AML-90. Three and a half years after my last attempts. Coming off a motivational collapse and housecleaning.

And even though I have only the slightest idea of what I’m doing, it came together rather well. 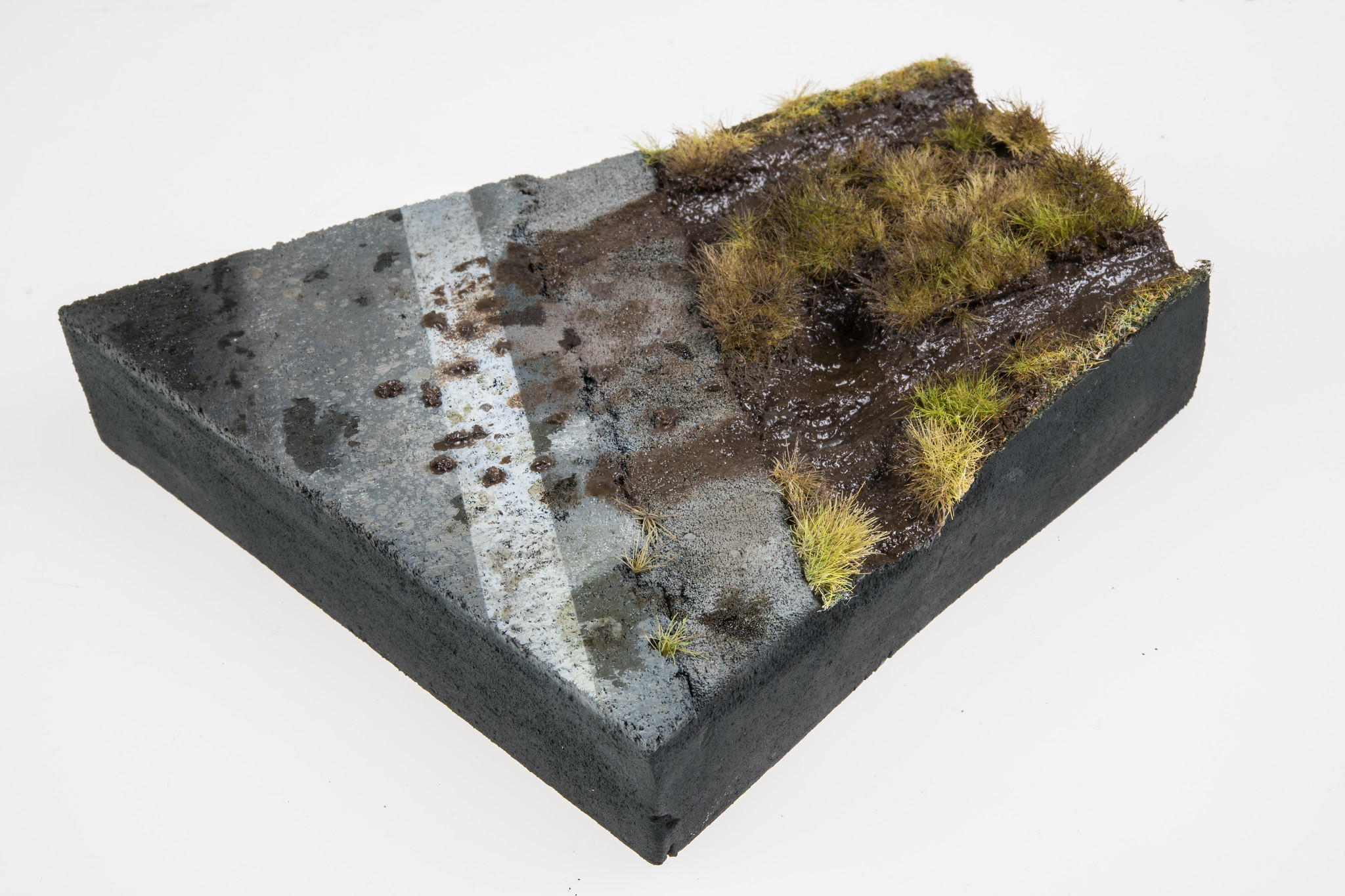 Perfect? Far from it. I should have played with the AML more before hitting it with mud. I should have made the shoulder stripe on the road narrower. I’m not entirely happy with the grass. I could have varied up the mud tones a bit more.

But it’s a start. And a hell of a lot more lively than my previous attempts.

It’s also awakened a desire to do even more bases.

The Patriot launcher and its M983 HEMTT, together, make for a rather long subject. Just about two feet. More than I trust a foam base to stand up to, so I’m stealing an old, unused 10×30 shelf. 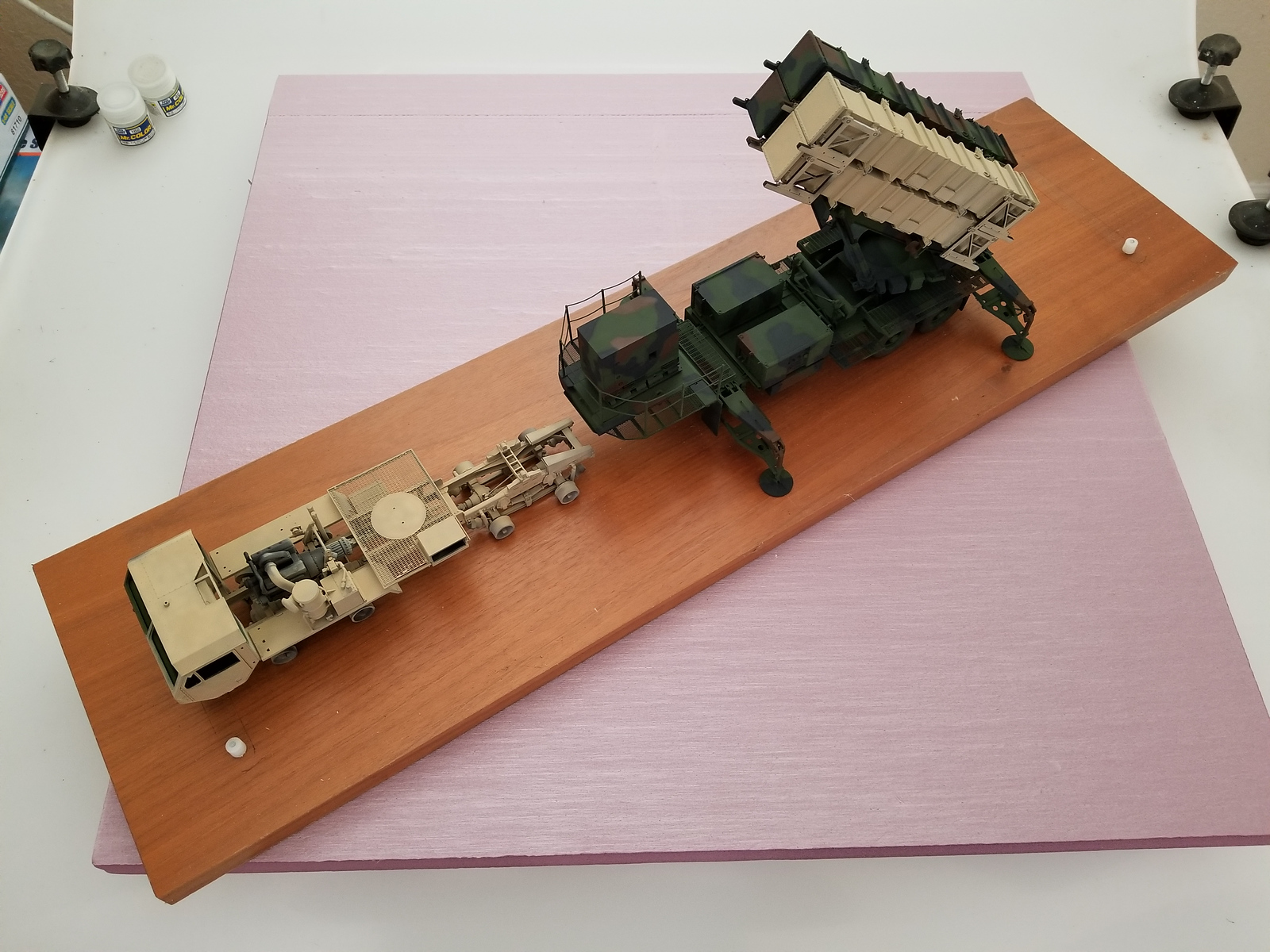 If you look at deployed Patriots, sometimes they are set up on slopes – makes sense considering the advantages of the high ground and all that. And they often have some kind of blast barricade arrayed behind them. Here’s a handy example showing both.

My aim isn’t this exactly…but certainly inspired by this. Inclined slope, stabilizer legs up on risers, gravel, with blast walls behind. But perhaps a different climate, and perhaps some blast marks, like so…

I’ve got some ideas on how to pull this off, but it’s going to be awhile in the offing, given the scale of the build and how far I have to go. 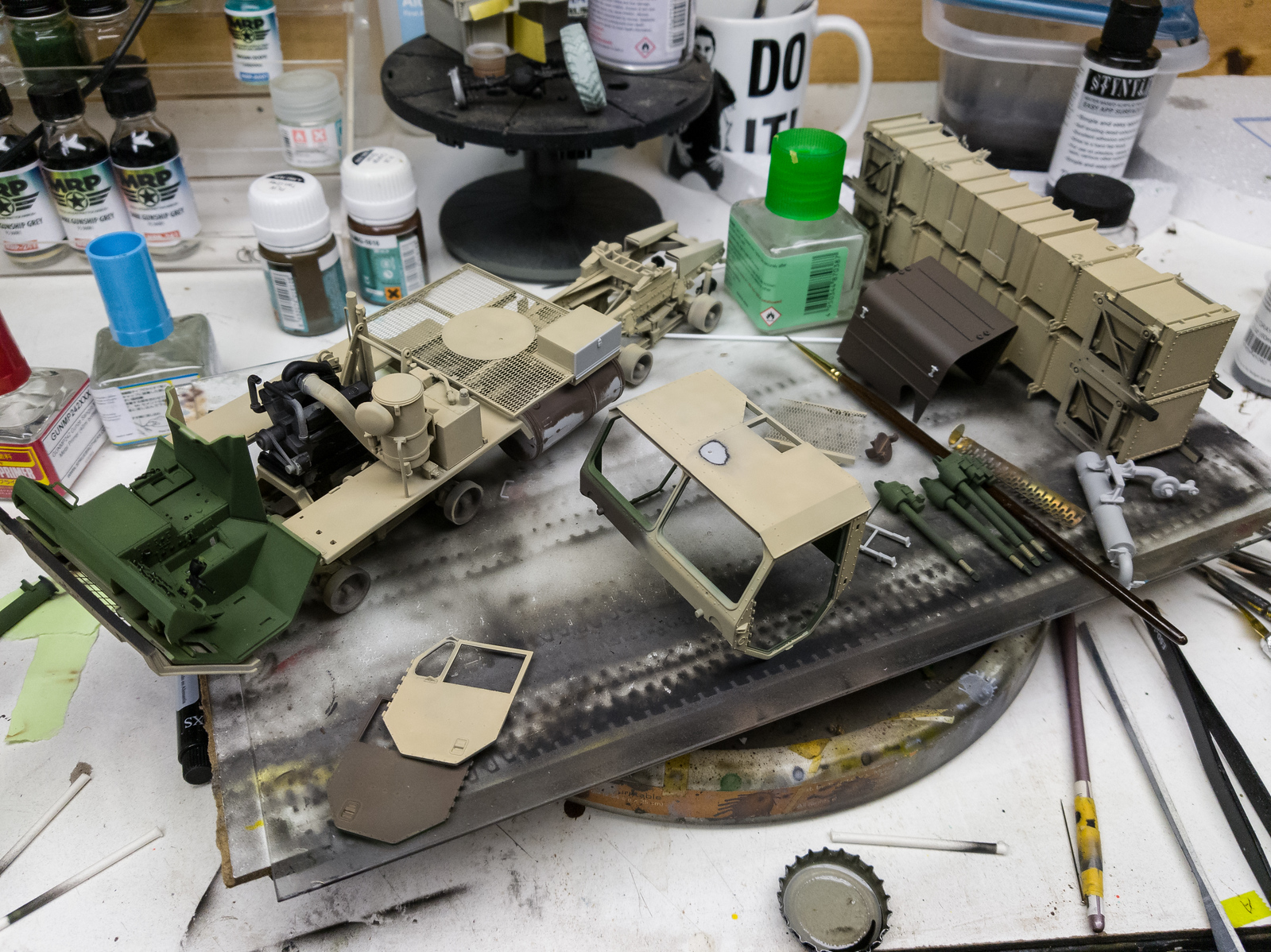 Another base I’m actively playing with is for Meng’s T-72B3. In this case, I’m taking inspiration from the Tank Biathlon, and this shot of a T-72 ramping over a small hill. 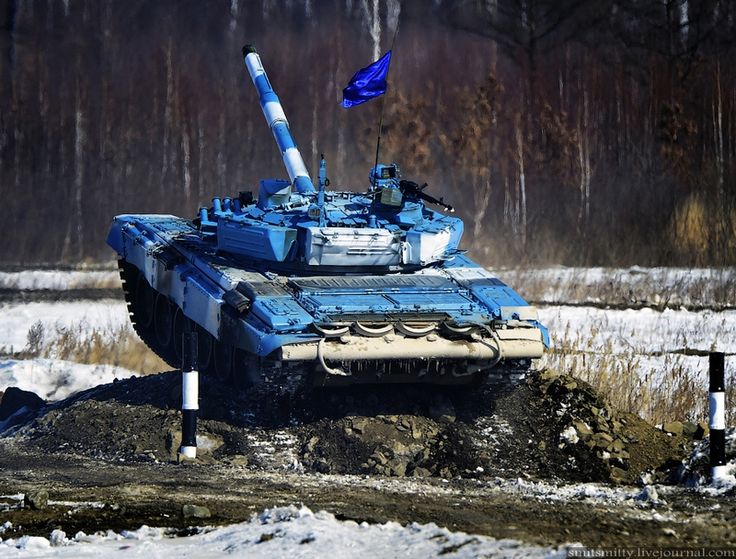 As with the Patriot, I’ve got many more miles to go, but I did some proof-of-concept testing a few nights ago to see if I could even pull this off. And with some fishing weights added where the engine would typically reside, well…

I can’t wait to play with pulling this one off, from the garish scheme and the varied terrain, the snow in places, to the icicles under the unditching log.

I have to say, it feels great to be at a point where I’m feeling highly motivated again, and if anything held back by too many things I eagerly want to work on. In addition to the Patriot and T-72, I’ve got longer-term plans for doing fun things with a URAL-4320, M270 MLRS, AMX-13, and a few others that are mostly at the concept stage.

Stay tuned for more, and for I guess learning along with me as I slog through these attempts.