If you’ve ever taken a photo of a model, you’ve almost certainly experienced it. A depth of field too shallow to show your entire build in sharp focus. 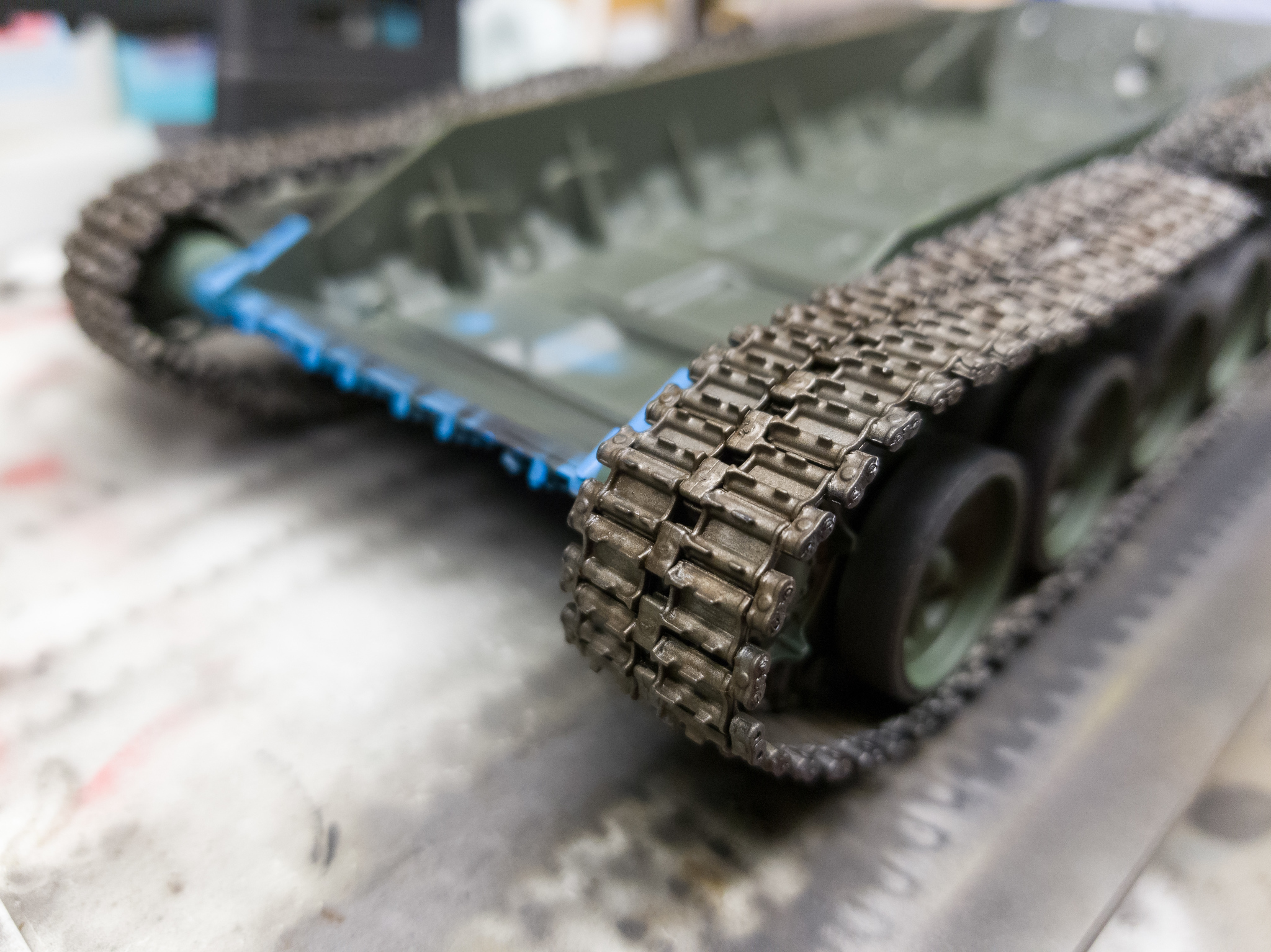 While it’s easy to mitigate on certain subjects, like figures and particularly squat tanks, it can be a real challenge to overcome on subjects with more splayed out geometries, such as long aircraft and ships. Even in the armor world, something like a T-72 with a ridiculously long barrel can be difficult to keep in focus.

Now, I’m not going to bother with an overly technical explanation of the way that optics work. To keep it simple, every optical system has a depth of field – a particular distance in front of and behind the focal point that is in focus. This depth of field varies based on a number of factors, such as aperture (the size of the lens opening) and distance to subject.

Our eyes have this feature, too, only we don’t notice it so much because we have a highly evolved, fast-switching autofocus capability. Still images don’t have that luxury, being, well, still images.

Aperture and depth of field (from here on, just DOF) have an inverse relationship. At a large aperture, such as f/2, a camera is letting in a ton of light, but outside of a specific focal point, that light is scattered over a much larger area, so it does not resolve sharply. At a smaller aperture, such as f/22, you’re essentially forcing light to travel through a much smaller opening, giving it less area to scatter. While this means less light, if you can hold the shutter open for a longer period of time, the smaller aperture and decreased scatter with yield a deeper DOF.

Subject distance matters because everything is relative. It’s easy to keep an entire mountain in focus because the thing is far away, so the distance between a face here and a crag there is nothing to the camera. Slap on a macro lens and try to shoot a picture of a bee or something, and the extremely close distance can give you shots where only a part of the bee is in focus.

How to Fix It

There are four ways to address DOF issues.

This last technique is the focus of this post.

Focus Stacking – What You Need

If you’re familiar with HDR photography, you might be aware that it is, essentially, exposure stacking. You take multiple shots of the same scene at different exposure settings, and then blend them together to pull more details out of both the highlights and the shadows.

I go through a more detailed explanation of HDR in my Tonal Crush post if you’re curious.

Focus stacking does the same thing, but with images using different focus points.

To pull this off you need a few things.

First thing’s first. Take pictures. Set up your camera and move from focal points near to far. Using my Nikon D850, I prefer to do this by using the tap-to-focus capability on the Live View monitor. But how you choose to do it doesn’t really matter. Once you have your images, dump them to your computer.

Personally, I use Adobe Lightroom to keep everything organized and do a good amount of my photo optimizing. Here, you can see the six exposures we’re going to be playing with for this example:

Now, Lightroom doesn’t support Focus Stacking (yet), so we have to move these images into Photoshop. It’s best to do so as layers, rather than a bunch of individual files. To do so, just right click, then select Edit In > Open as Layers in Photoshop.

Depending on the size of your files (D850 RAW files are…large) it might take a few moments to load everything up. When it’s done, you’ll see something like this. Note the different images are represented as different layers in the lower right panel.

Next, Auto-Align the Layers

Why? Because if you don’t, there’s a chance that you’ll get weird distortions in your final output. Aligning the layers is a quick step that erases that possibility.

First, select all the layers…

And then head to the main navbar and select Edit > Auto-Align Layers.

You’ll probably want to let Photoshop figure it out, so leave it on Auto.

Then hit OK and let it do its thing.

Once you’ve aligned the layers, it’s time to blend them. Go back to Edit, but this time select Auto-Blend Layers.

Be sure to select Stack Images as your blend method, then click OK and let Photoshop do it’s thing.

After a few minutes, you’ll get your output, all nice and in focus. Save it and head back to Lightroom to do any tweaks.

That’s…pretty much it. Is it a tedious process? Certainly. But it gets you to images that are nice and crisp from nose to tail and everywhere in between. Maybe overboard for something as simple as a “hey I glued the damn fuselage together” shot, but something to have in the toolkit for those final glamor shots.