When Tamiya announced they were doing a new tooling of the M551 Sheridan, I had something of a mixed reaction.

The M551 is one of my favorite pieces of esoteric American armor – up there with the M18 Hellcat and M270 MLRS. But my fascination stems from the Desert Storm era mainly, and the Tamiya kit is looking like it’s going to represent a Vietnam-era 551.

Fortunately, Rye Field looks like it’s going to be coming right alongside to satisfy my Desert Storm urgings with its own M551A1. 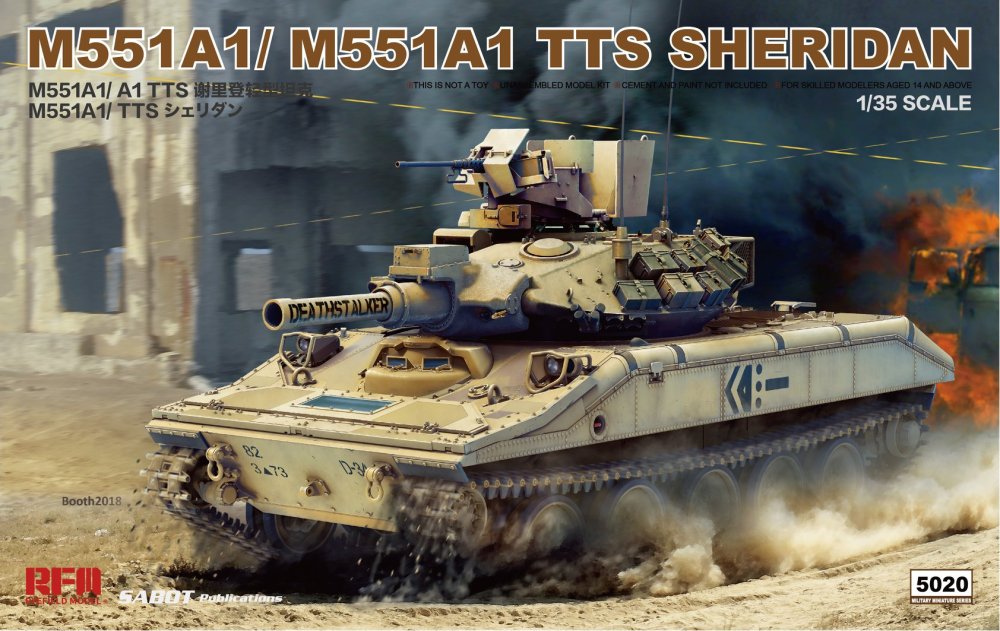 But…I still want an excuse to build the Tamiya kit, you know? Even if Vietnam armor doesn’t ring my bell the way Desert Storm hardware does, Tamiya makes great kits.

Inspiration happened to strike when I was driving somewhere with my oldest and he asked me who my favorite Transformer was (we’d seen Bumblebee the day before).

Outside the obvious choice of Optimus Prime, there were a few second-tier Autobots who I always really liked. Wheeljack, who had those nifty ear things that pulsed when he talked. Cliffjumper, who was basically Bumblebee but red and competent. And the onomatopoeia-shouting Warpath. Warpath was a tank that would literally yell shit like “KA-BLAM!”. It was absolutely ridiculous, but hey, it’s a character trait that’s stuck with me for 30+ years, so that’s something.

Anyhow…that’s my plan (and my excuse) to build Tamiya’s M551. As fucking Warpath. In his vehicle mode. I’m not going to pretend for a moment like I have the skills or the patience to do the hacking necessary to pull off a robot mode. Still – a primer red and gray Sheridan with a big Autobot emblem on it should be different from a sea of olive drab 551s that are sure to result from Tamiya’s release.