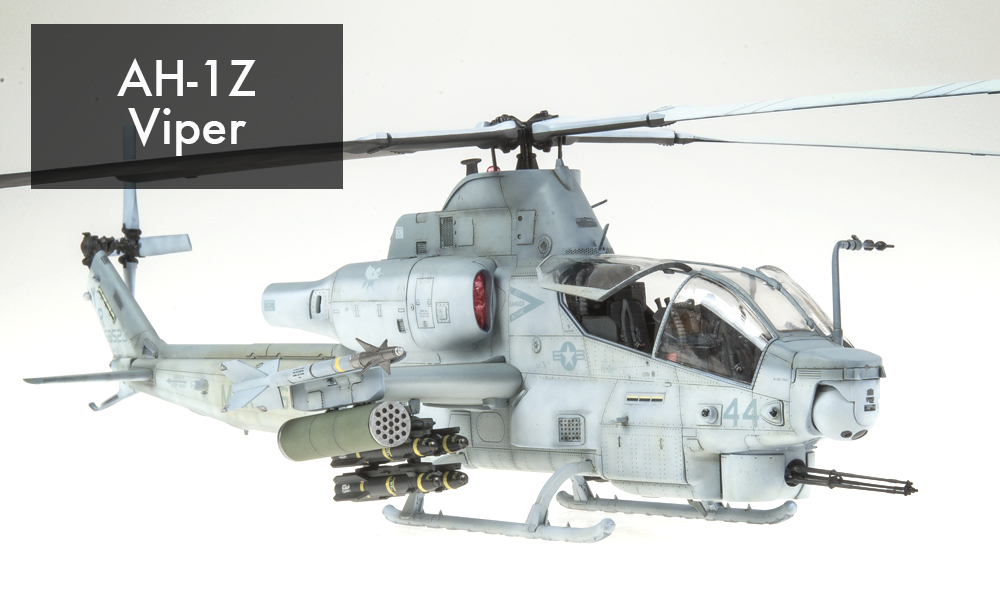 Overall, I really enjoyed Kitty Hawk’s take on the latest and greatest evolution of the AH-1. The Zulu is nicely detailed – particularly the fuselage – and goes together quite well.

Frustratingly, it does miss on a few of the Zulu’s details. The sensor ball could be a better reflection of the real thing. The pilot and gunner’s seats could be more detailed (particularly considering the spartan nature of the cockpit). The rotors could use more detail where the rotor folds should be. And the Hellfires criminally lack clear seeker heads – speaking of which, why in the hell hasn’t Eduard or someone pumped out a really fancy set of resin AGM-114s?

See more photos in higher resolution over at SmugMug: