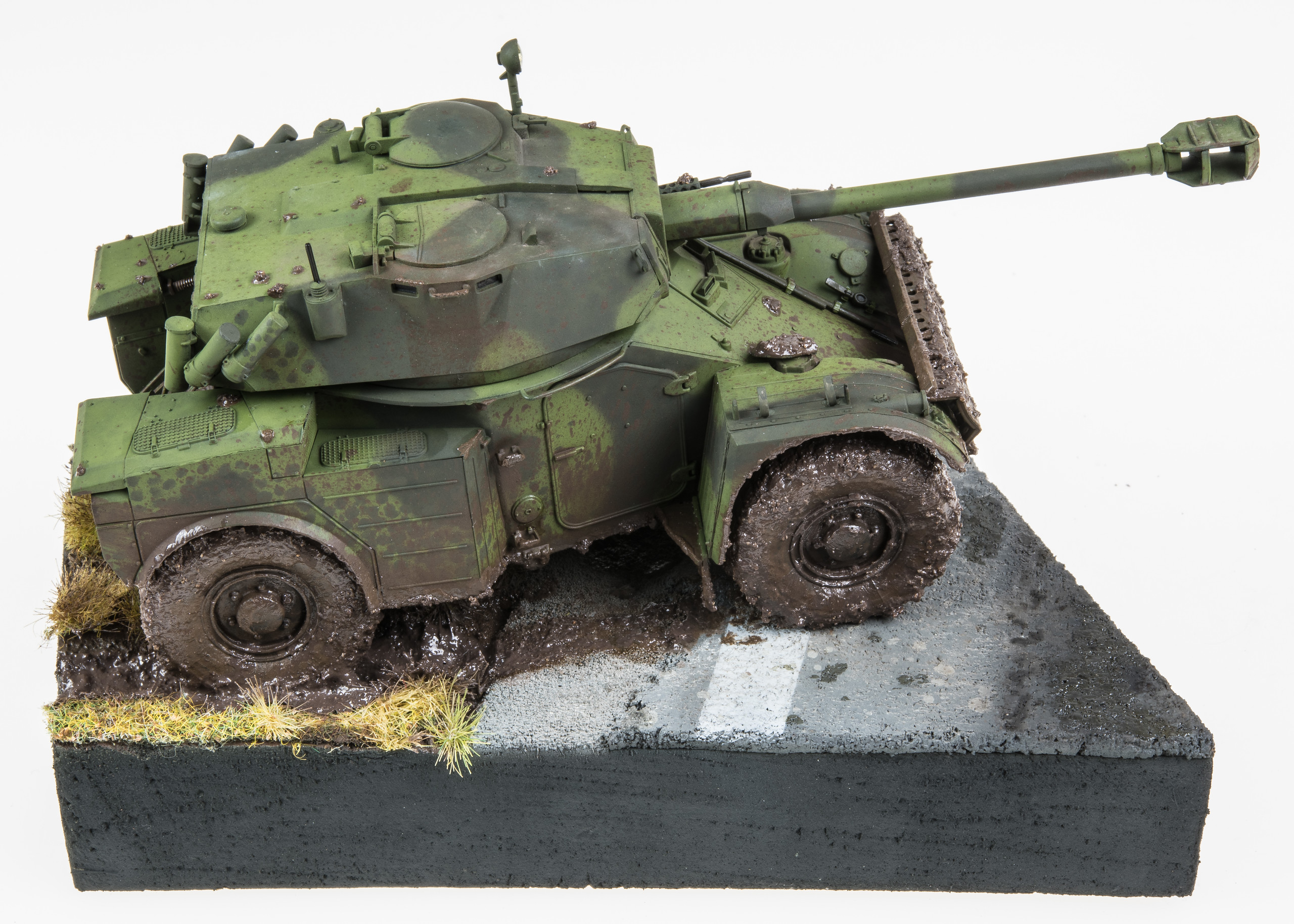 My journey with the goofy little AML-90 armored car began in July 2017. I can’t recall why now, but I had a rare opportunity to kill time by working on a kit in the actual house. And armor kits are always good when you just want to build.

The Takom kit build quickly and, for the most part, easily. The suspension components, despite frustratingly not articulating, were nevertheless fussy. And the rear decking was a bit dicey. And the wheel mounts were laughably shallow. Too shallow to test fit them and make sure all four were on the ground (based on the Type 69-II, this is something Takom really needs to work on). But other than that it’s hard to find much to complain about.

Except for the tires. For the life of me I don’t get why manufacturers love their bullshit vinyl tires so much. The never look right on the wheels and there are always weird sit issues around the rims. Always. So I set it aside and decided to wait for aftermarket resin shoes to become available. Which they did, courtesy of DEFmodel.

After that initial little build spurt in the summer, the AML fell off the radar as I flailed about with other kits and couldn’t seem to sustain anything. But when I decided to hit the reset right around the beginning of 2018, the goofy little car got pulled out of mothballs as something to work on without caring too much.

In a matter of days it was ready for paint.

Since I wasn’t particularly taken with any of the schemes Takom provided, and torn between a few references I found online, I decided fuck it, I’d make up my own scheme. And to pull it off, I decided to give AK Interactive’s new Real Colors a try. Light Green and Olive Drab to be precise. 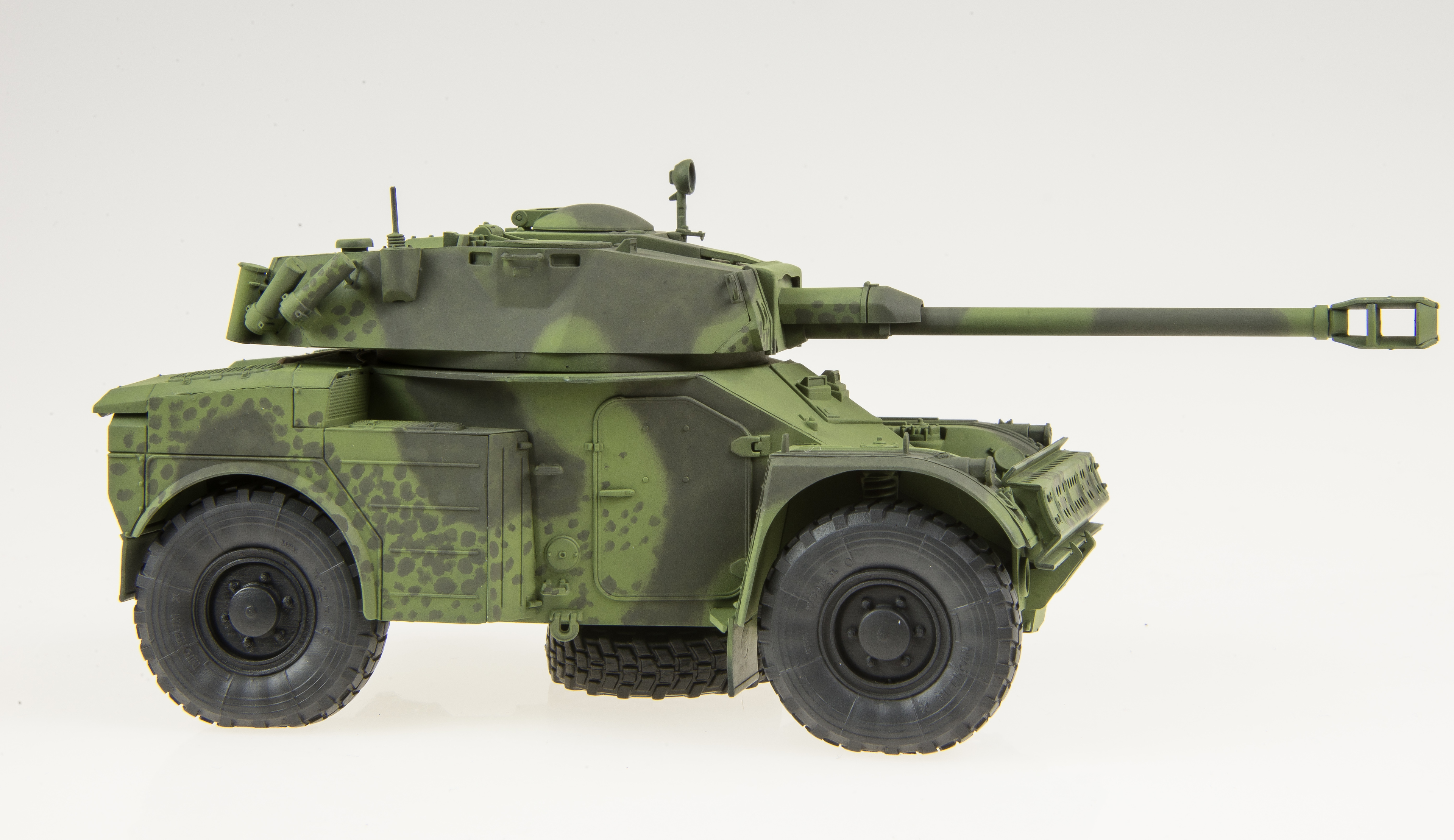 Initial impressions? I really like the way the AK Real Colors spray, and the fact that they can be brushed as well is only icing on the cake. Through the airbrush they’re almost Tamiya-like, but with a very slight twist. It’s hard to explain. But I was very happy with the way they came out.

Then, I made what I think was my major mistake. I started adding mud immediately, before weathering out the AML any further. 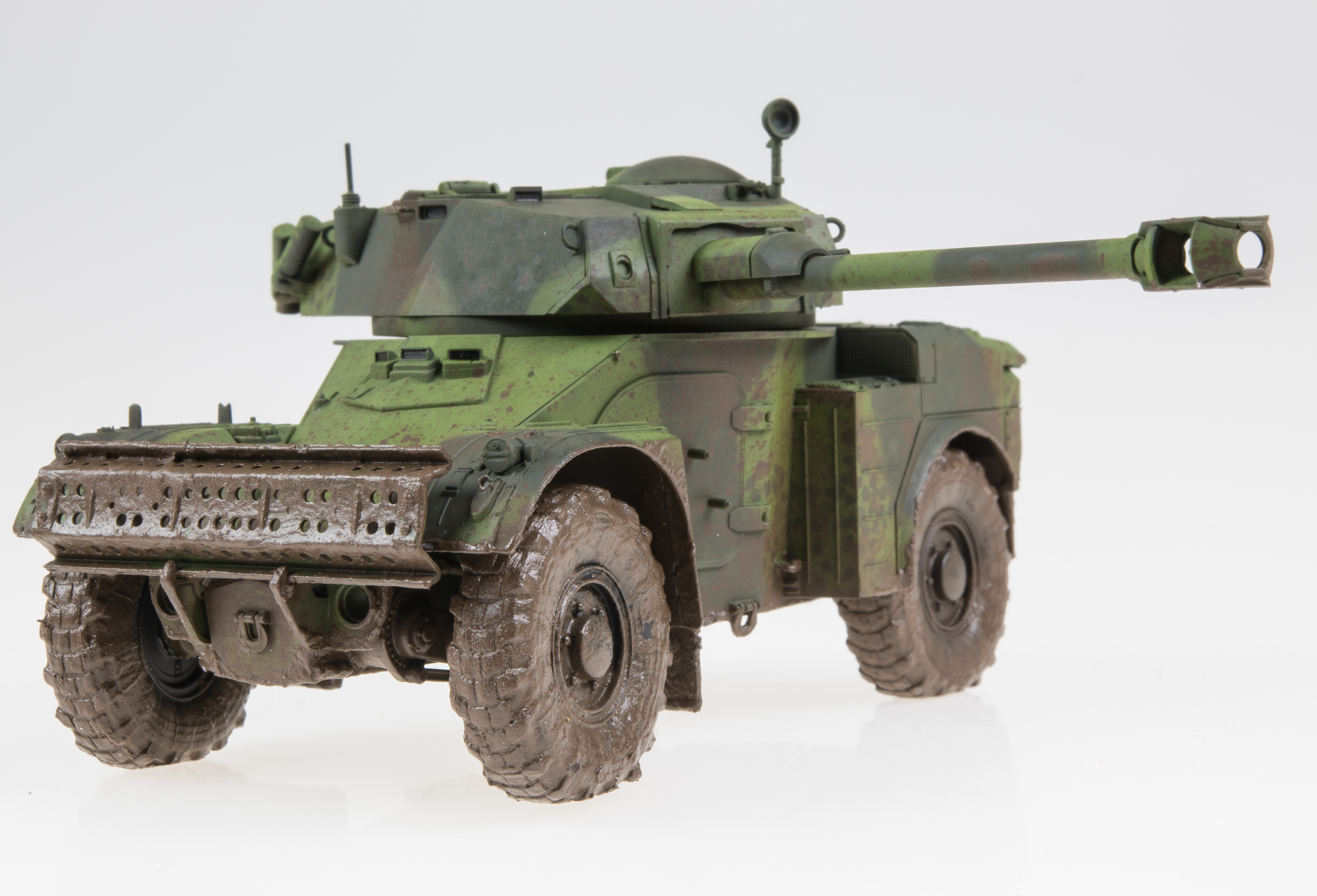 Another fun thing – the wheels don’t *quite* sit level, so I opted to put this puppy on a base. After some initial trial and error, I ended up with an irregular quadrilateral shape that I rather liked, and set about adding mud and a road to it. 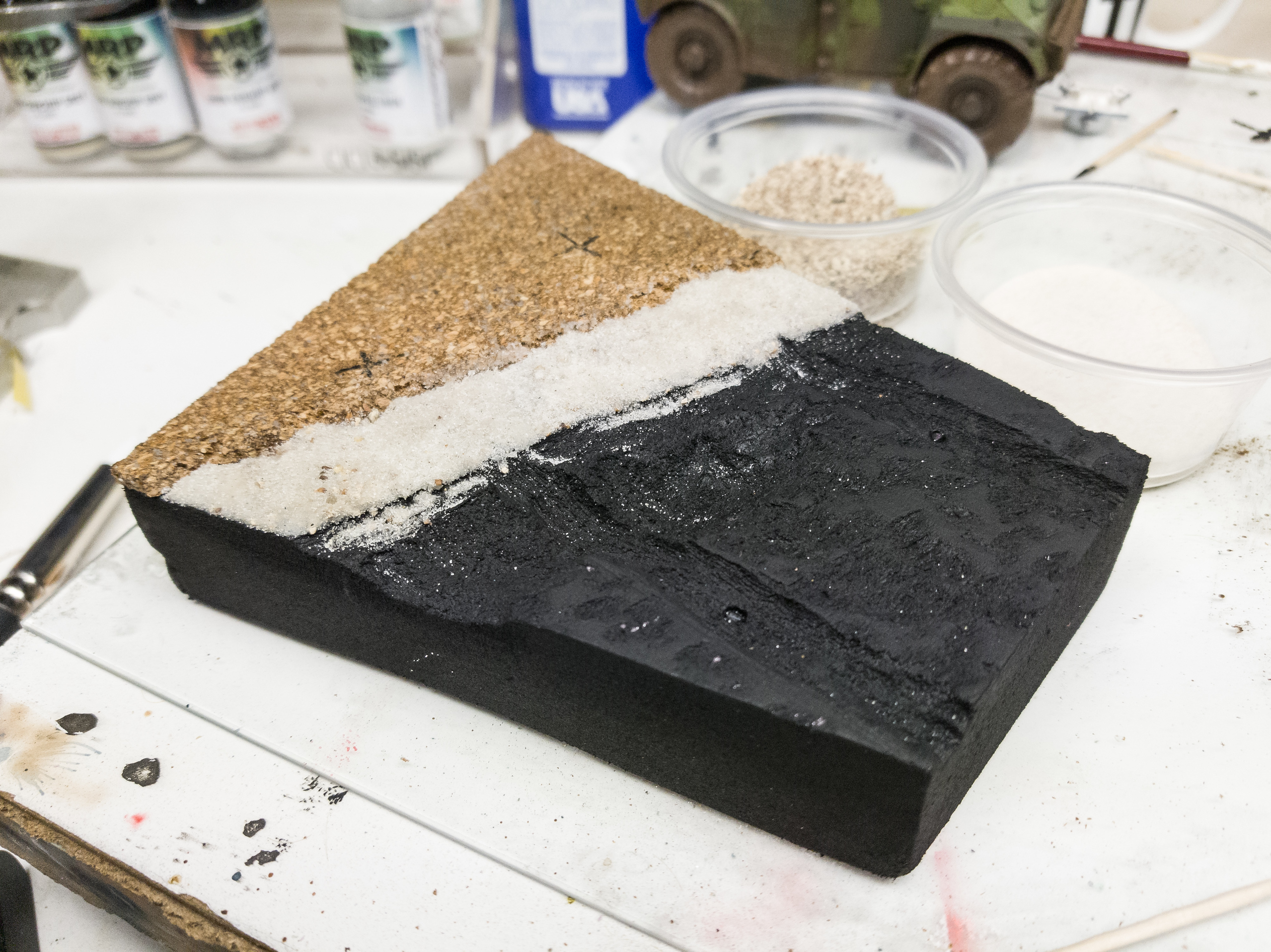 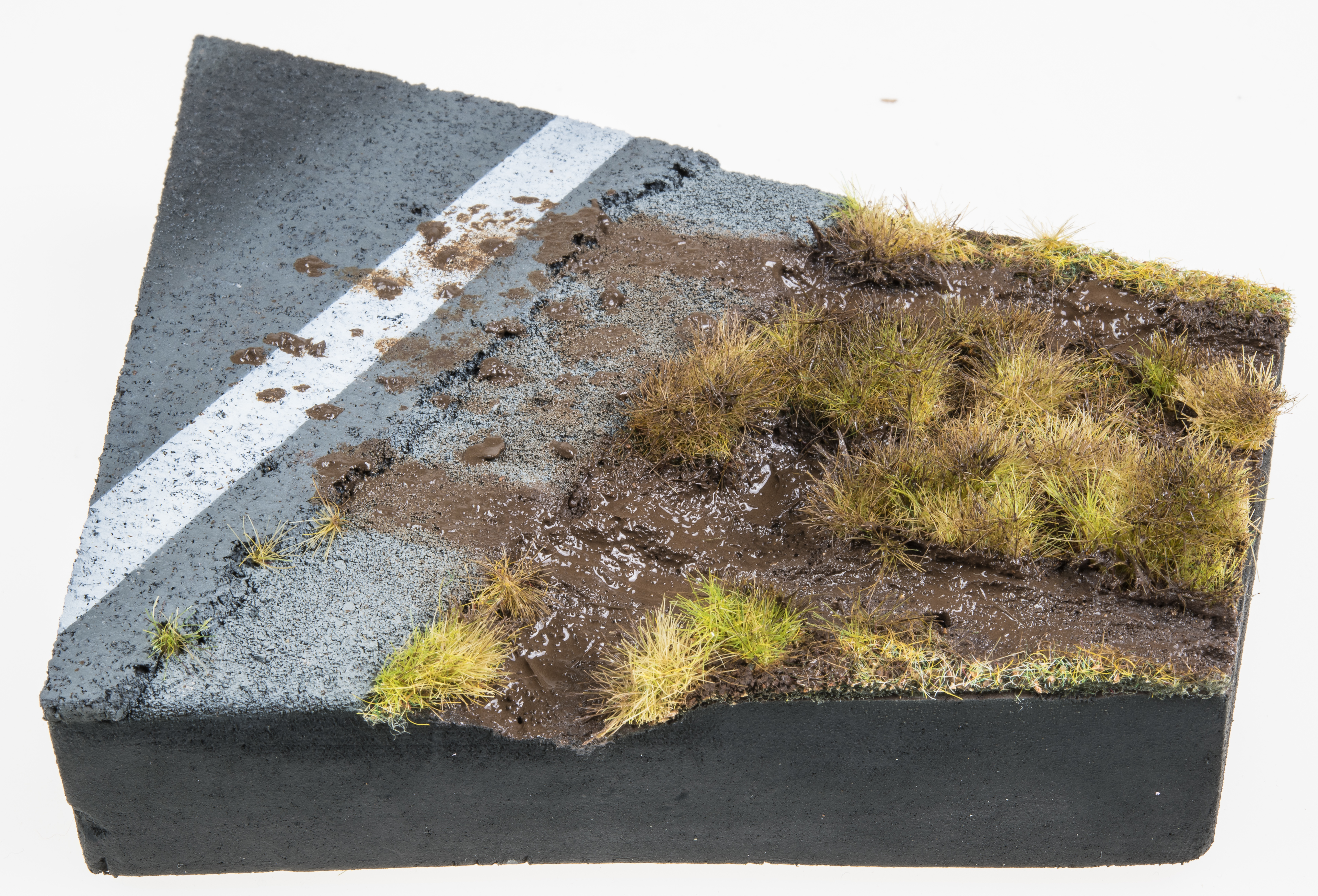 Then a bit more mud, fixing the AML to the base, and some additional light weathering, and I decided to call it a completion. My first significant completion (a 1/144 X-Wing doesn’t count) in a year. 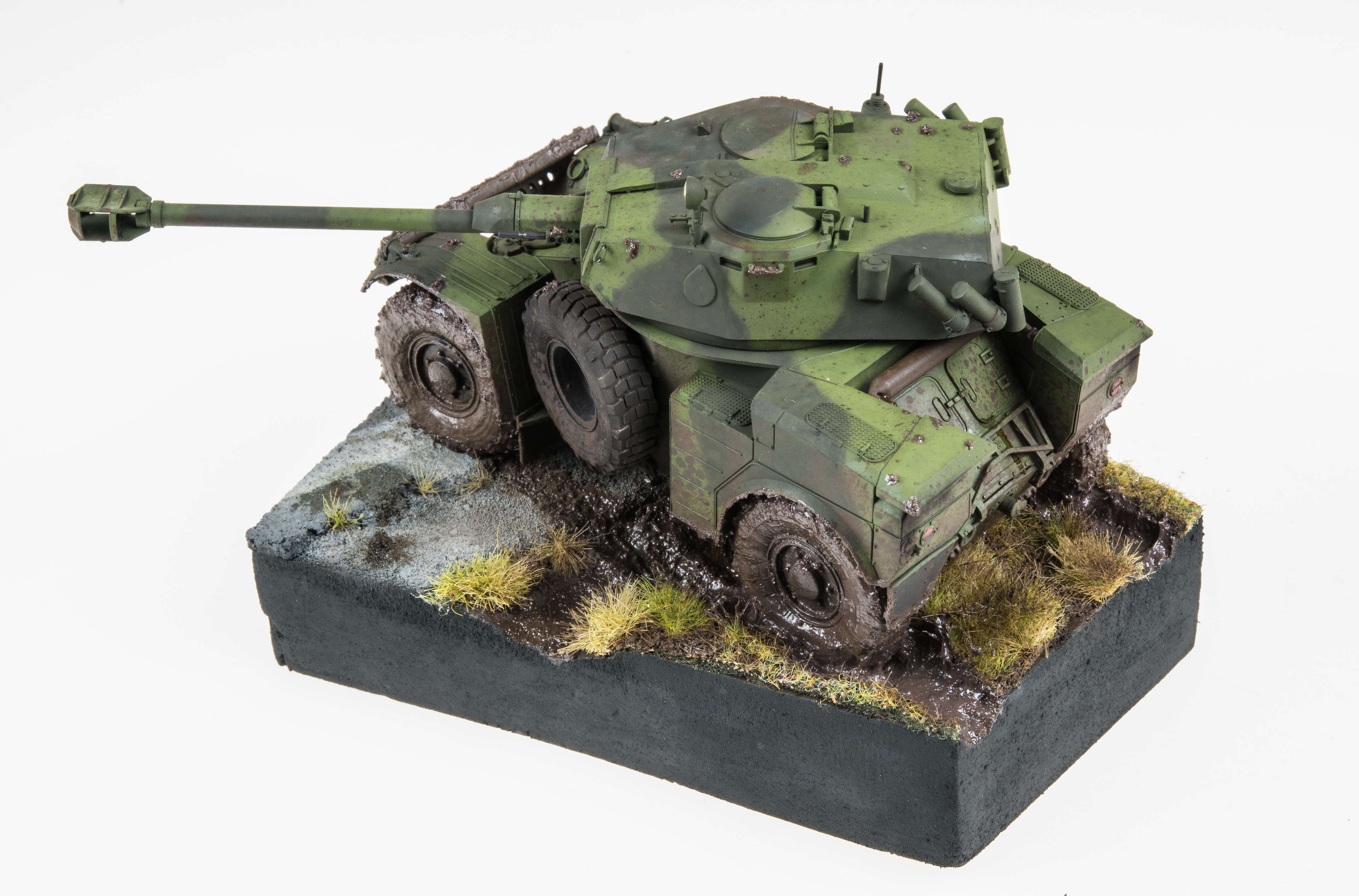 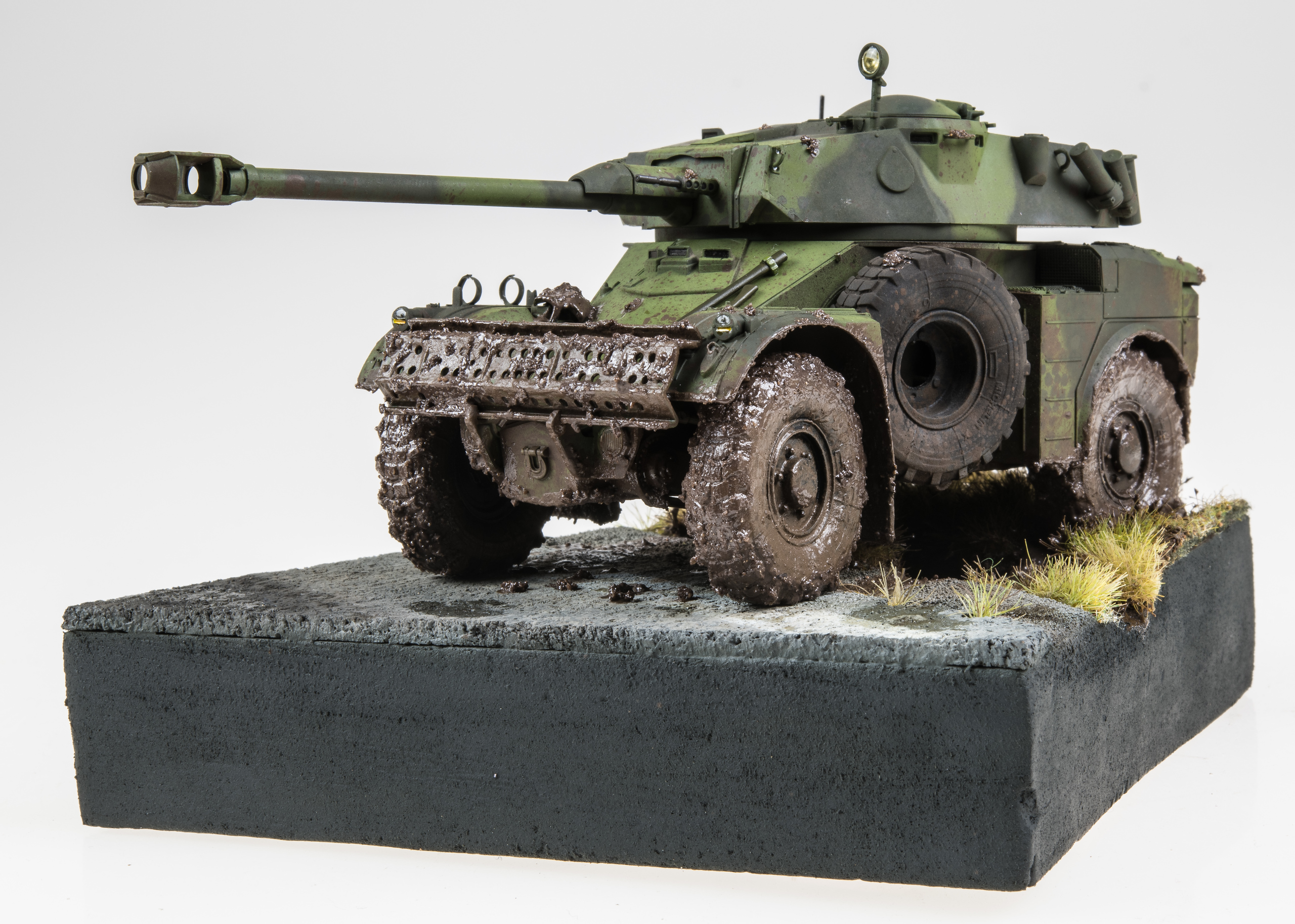 It’s a solid, basic kit. I’d like to see workable suspension and some form of an interior, and a better solution to the wheel mounts than the shallow bullshit they gave us, but otherwise, it’s fun and light and quick.