1/72 scale isn’t really my thing – especially for armor. Not only do I find it too small for comfort, I also find the kits to be of generally poor quality. But I’d read raves about Flyhawk’s little FT-17s, and was in the mood for a quick win after the Su-35 Flankoff went sideways. This particular Flyhawk kit is actually two kits, both representing the cast Giraud turret version of the FT-17. You can build them with either a cannon or Hotchkiss machine gun as the main armament, and there are five fun scheme options to be had.

I can’t say enough about the quality of the molds or the thoughtfulness of the engineering. These little FTs look great and go together very well. The single-piece tracks that slide over the drive and suspension components are particularly well thought-out.

Overall, the tanks build fast, and you can have them together in a handful of hours. They’re also modular enough that you can remove major parts for easy painting.

And did I mention they’re tiny?

Rather than prime them in my usual black, I used brown Stynylrez. This proved a problem on the “desert” tank when I went to chip it up later on, as the action of chipping burned right through the primer. But it worked nicely with the “muddy” FT-17. 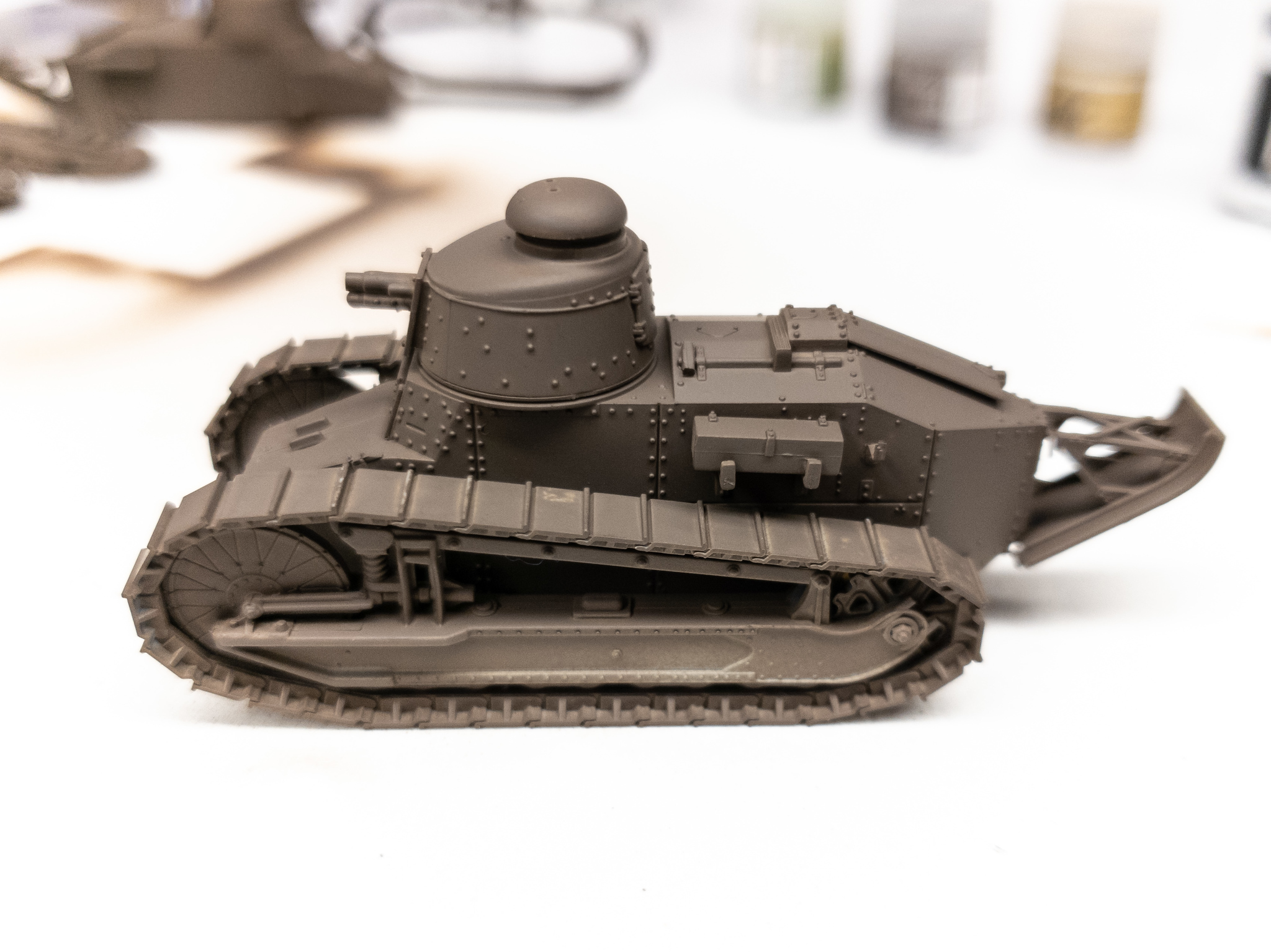 After the chipping failed, the second FT was reprimed in MS1500, then given a coat of some dirty metallic that served as the base for chipping.

The “mud” FT was painted in a mix of Tamiya and AK Real Colors, owing to what I figured would be the need to do touch-ups by hand. The hard black lines in between camo were courtesy of a Gunze Gundammarker.

The “desert” FT was given a coat of hairspray, then Mission Models with a bastard mix based in some IDF sand gray, then chipped. MMP is a curious paint, but it chips extremely easily, which is useful in this scale. 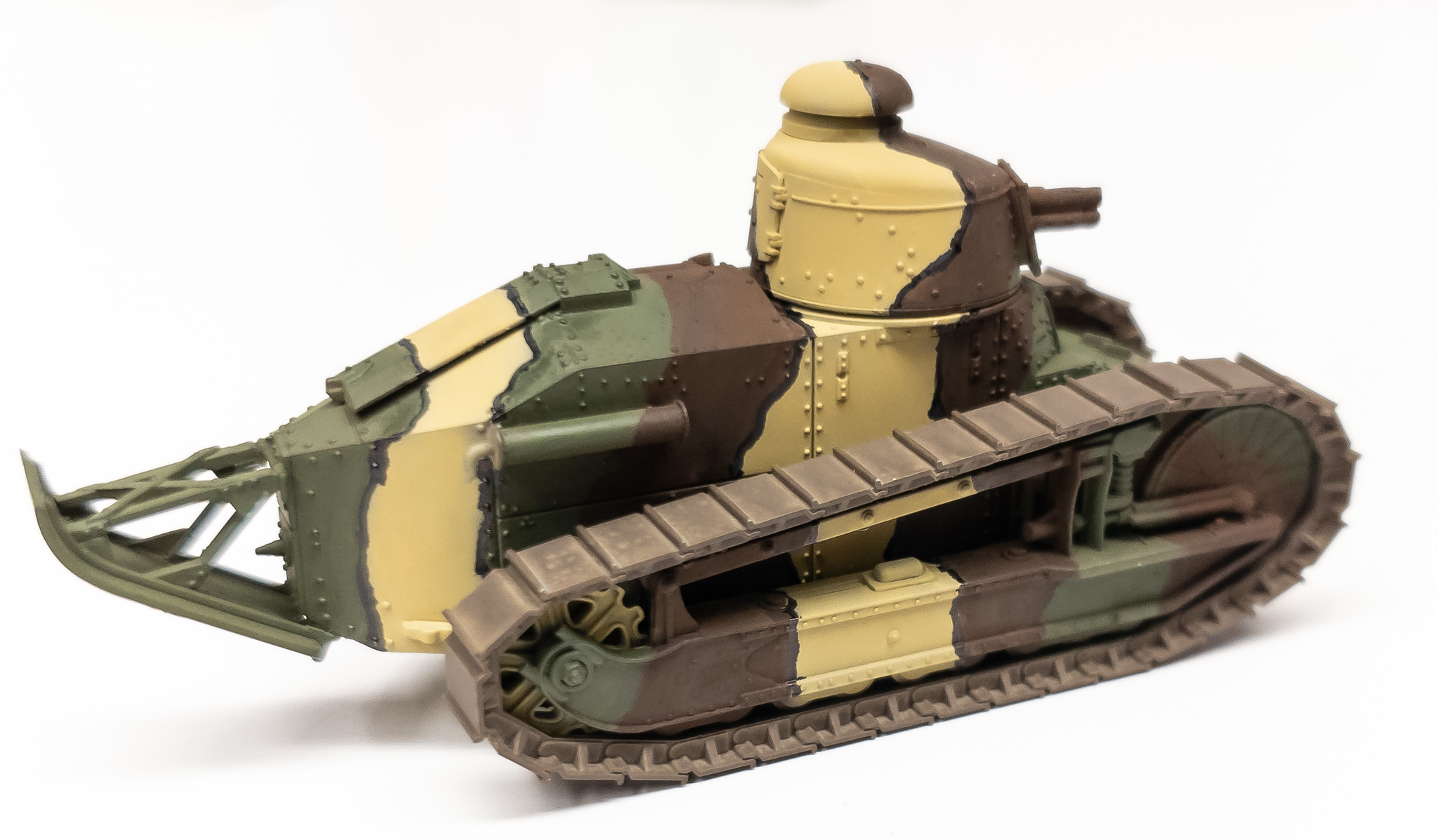 The Flyhawk decals are…decent. Not great, but not terrible. After the Su-35 incident, I’ve been in a mood for insurance, and so both were given clear coats with Kcolors. 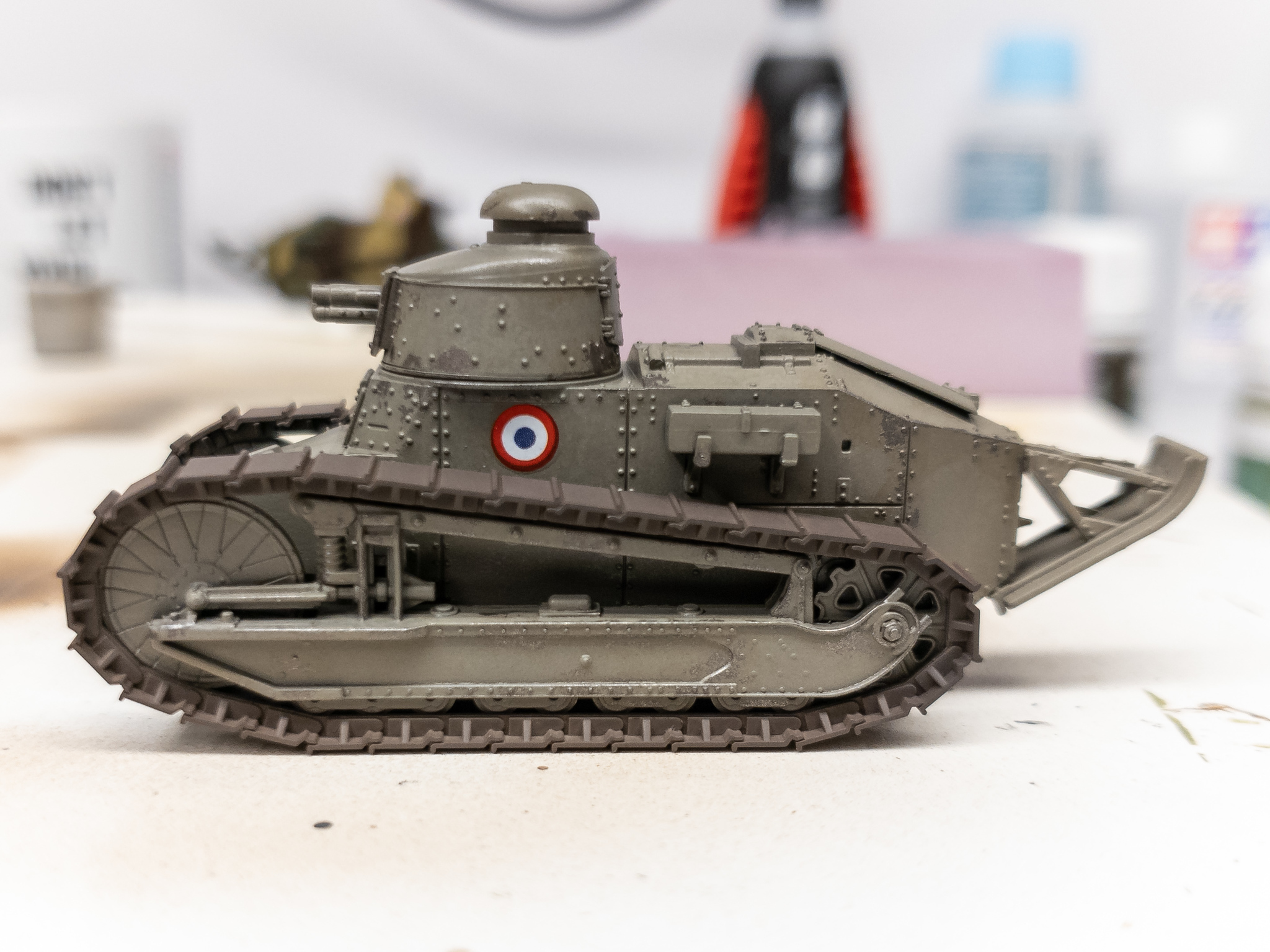 At this point, I got distracted for a little while futzing around with bases. Otherwise I could’ve moved pretty much right into weathering. The delay was a bit of a lifesaver, though, as I realized I’d forgotten to add the PE shackles for the rear chain.

Weathering itself proved perhaps the most challenging aspect of these two builds, particularly the desert FT. Making just sand and dust in an arid environment visually interesting is a task I’m still wrestling with. 1/72 scale doesn’t make it easier, as pigments seem overscale. Ultimately I toned back what I had, and used metallic pigments on the tracks themselves for more of a burnished look. 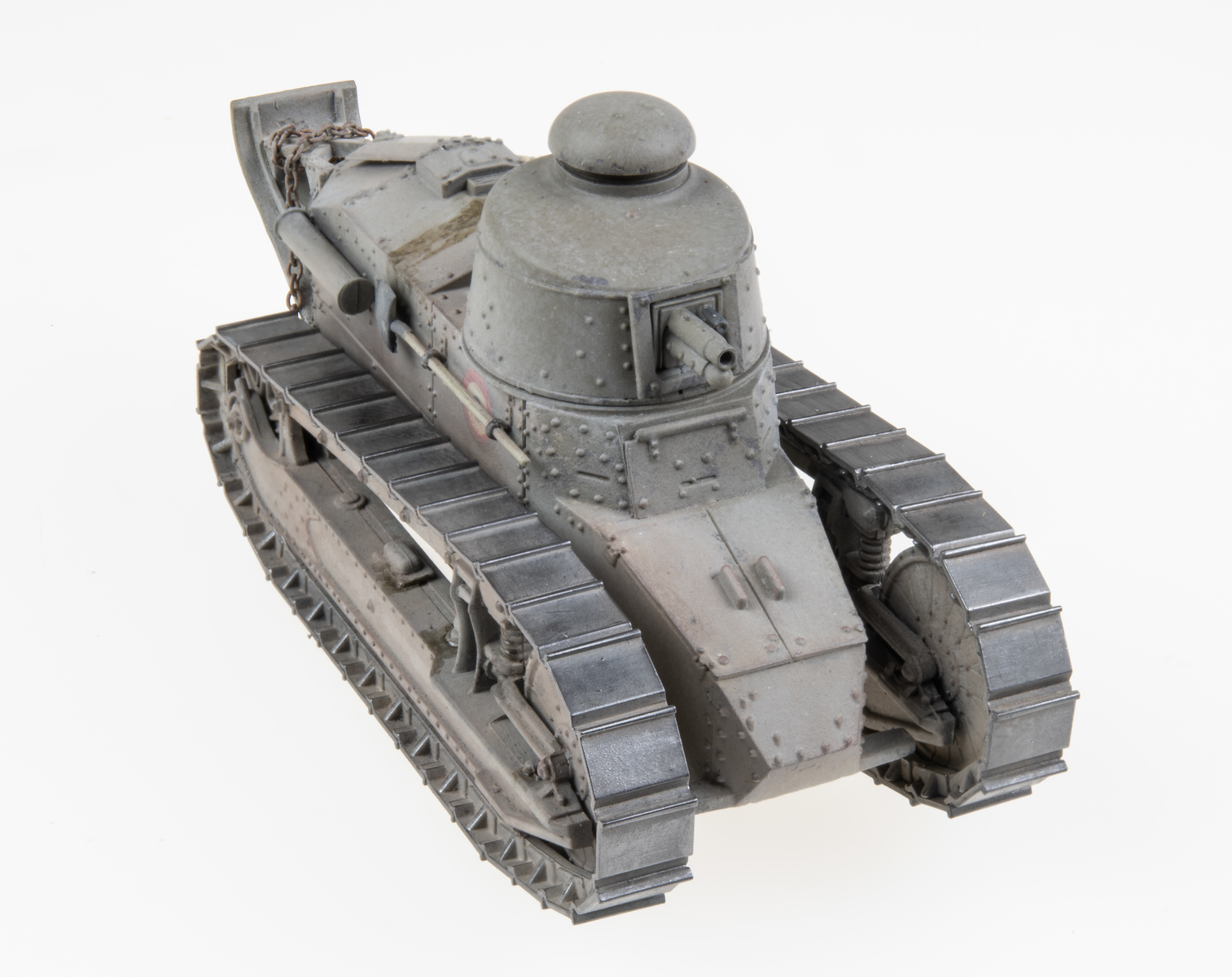 This one also got its base far enough that I felt comfortable posing it for a few shots. 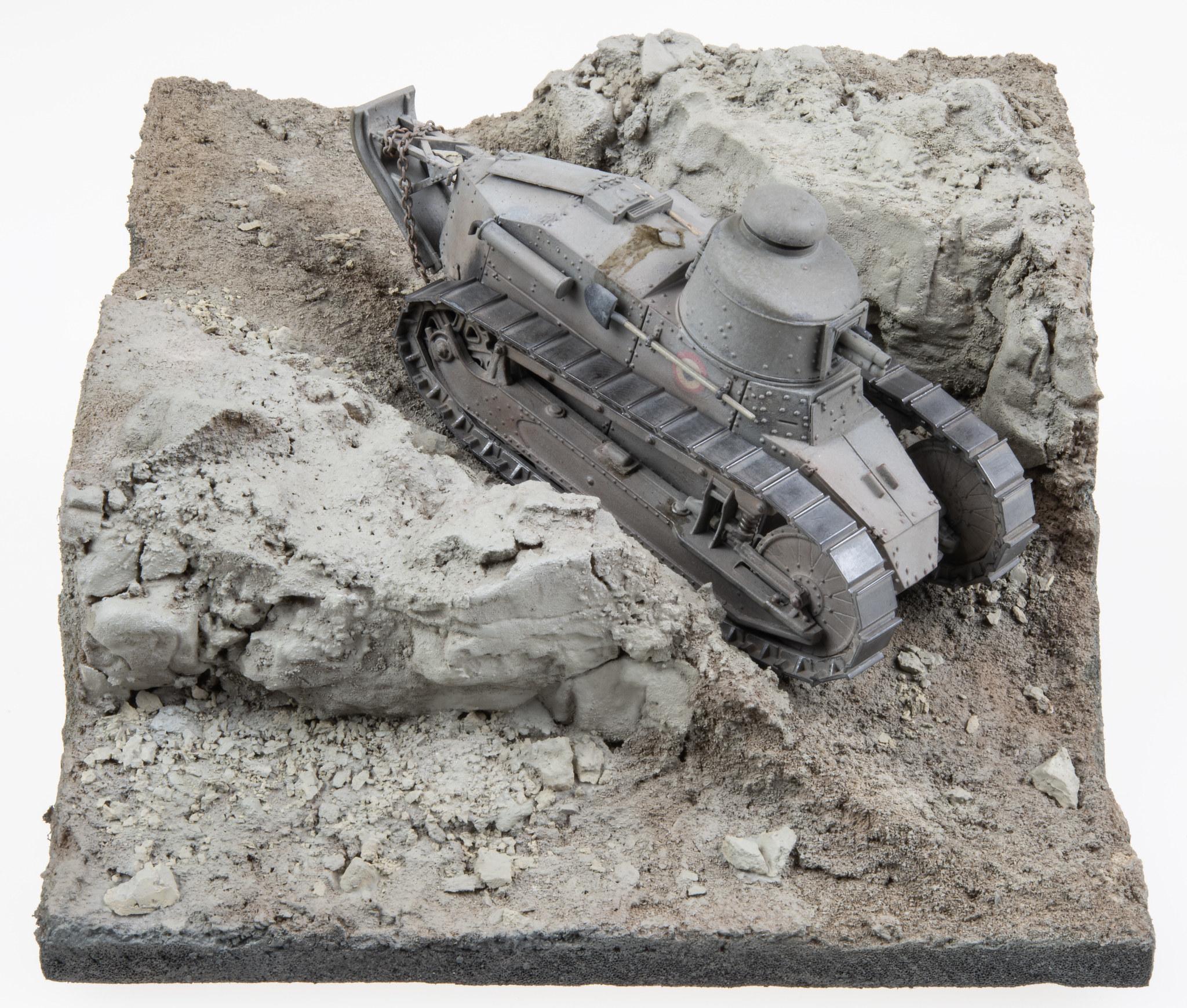 The “mud” FT built up its weathering in successive layers. Since these aren’t exactly fast movers, I didn’t add much in the way of splashes and spatters. 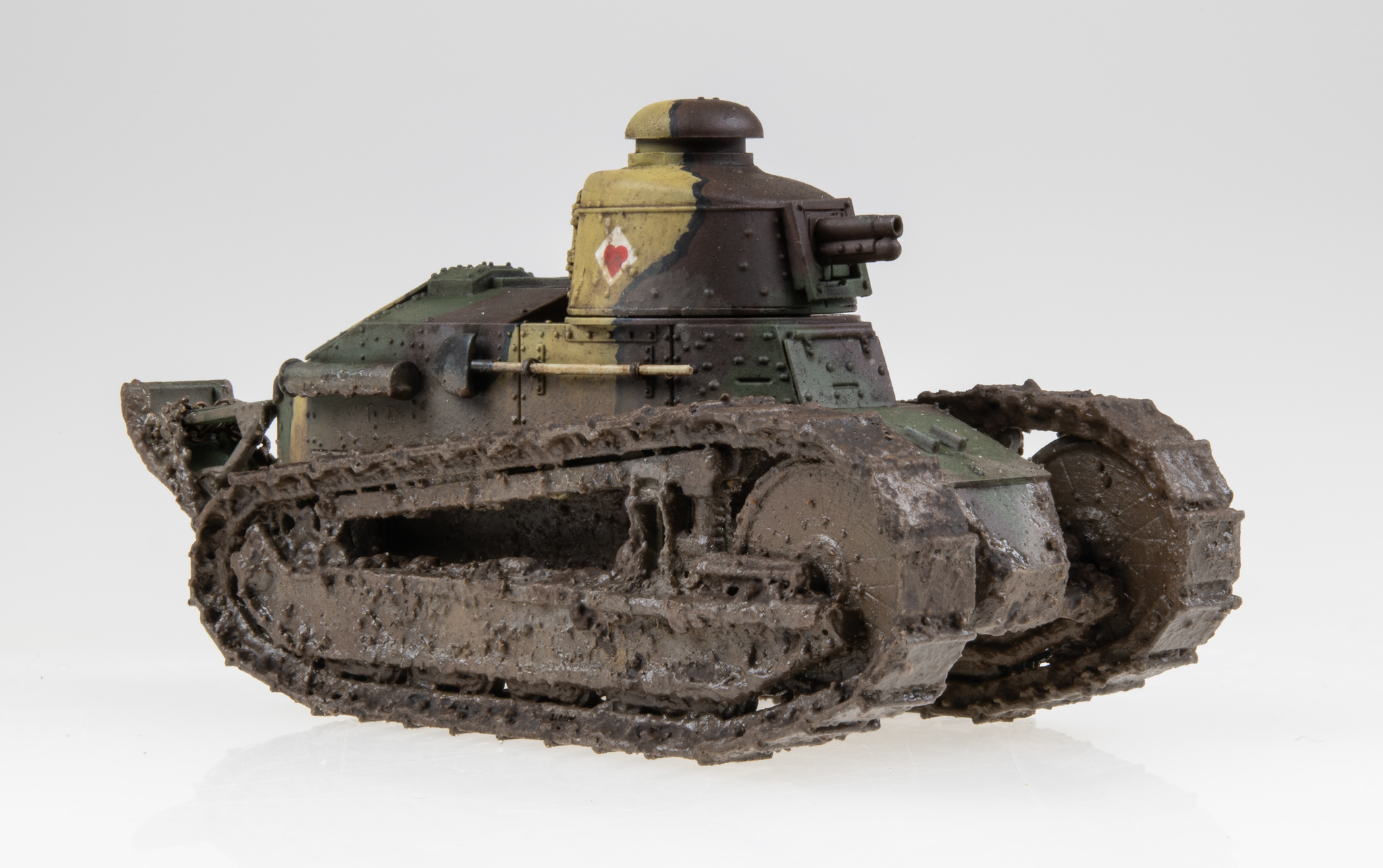 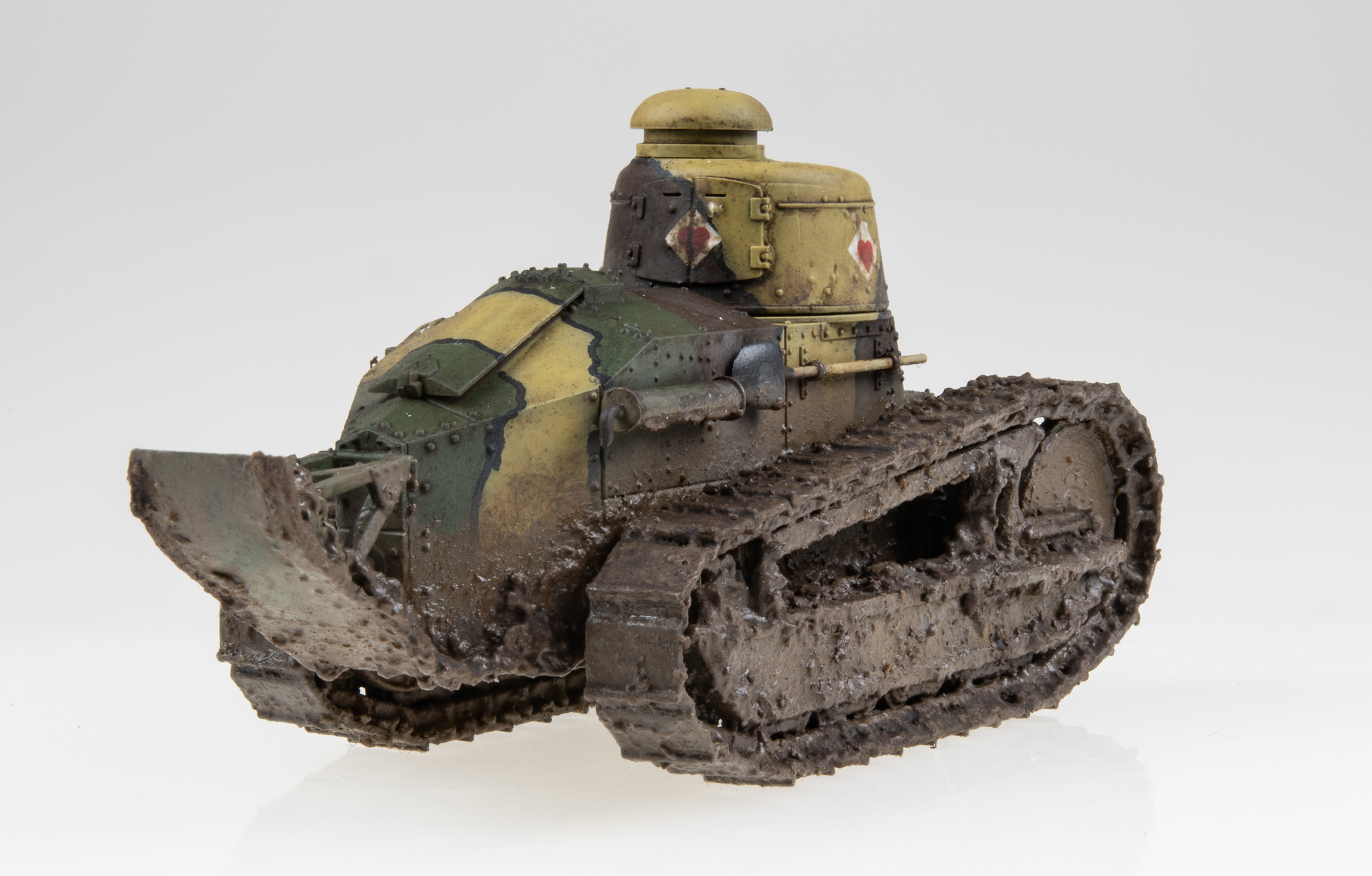 Overall, how did I like the little Flyhawk FTs?

I liked them a lot. The quality for something so small is rather stunning, and the engineering of those tracks makes these diminutive kits a pleasure to build.

The only thing I would add is…don’t be too hasty in dismissing the optional photo etch, like the handles for the driver’s hatch. There is a marked difference in detail that clearly shows at the end of the build, even if it may not be evident early on.