Of all the tools in a modeler’s arsenal, there’s none I despise more than the pin vise. While it’s utterly necessary, it’s also an exercise in frustration, particularly when fragile micro drill bits are involved. Let’s face it, the human hand is a crappy mechanism for delivering linear, unwavering torque. Too little pressure, and the tiny bits don’t bite into plastic. Too much, and with even the slightest angle off perpendicular, it’s a bit-snapping bonanza.

I’ve long been shocked by the seeming non-existence of a cordless (or heck, corded) micro-drill. Yes, there’s the Dremel, but its RPMs blow way past any usefulness for drilling tiny and precise holes.

After bemoaning this on the Scale Plastic & Rail forums, a fellow member turned me on to the Tamiya Electric Handy Drill. I knew at once I had to have one.

Unlike something that would make sense, the Tamiya Electric Handy Drill – or Tiny Bullshit Drill as I’ve taken to calling it – is quite literally a kit in itself. As in, you have to build it. Yes. Seriously.

The “kit”, such as it is, is basically a plastic container for one of those little Tamiya electric motors. It contains the shell, some gearing, a trigger mechanism and all the little bits you need to make a drill.

As silly as this is, it goes together quickly. 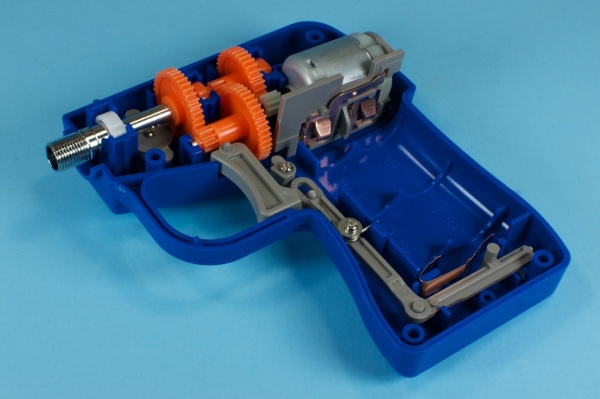 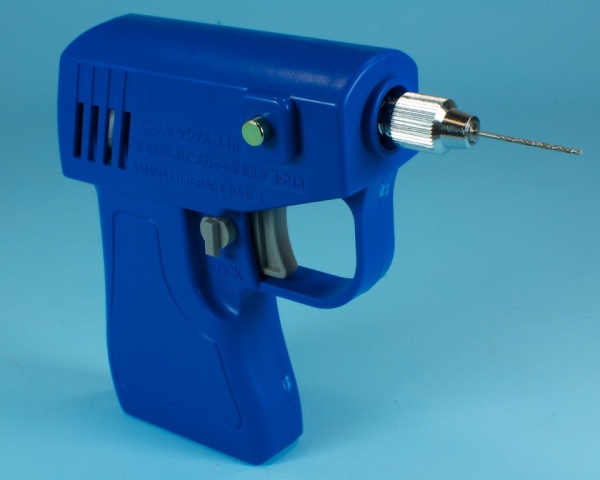 While it does feel a bit chintzy, the Tamiya Tiny Bullshit Drill does exactly what I want – powers micro drill bits with a small, gutless electric motor.

Downsides? Aside from the chintz, which I don’t really mind at all, I might say the included collets, which seem too big for the truly tiny drill bits (#70-80, etc) that could probably benefit the most from not having a sloppy human hand snapping them every five minutes. But the drill seems to use a standard attachment collar, so it’s almost certainly possible to swap it out for something else, perhaps even one of those keyless chucks everyone buys for their Dremel.

Tamiya’s Electric Handy Drill is the kind of tool that I’m quite frankly shocked isn’t available from dozens of different manufacturers. It is, for all intents and purposes, a battery-powered pin vise that takes human sloppiness out of the drilling equation.

Review “kit” courtesy of my wallet. You can buy one for yourself at ScaleHobbyist.com.