Tamiya’s F-14 Tomcat has received more than its share of glowing praise – and in many respects it completely deserves it. Engineering and fit-wise, the kit is about as good as I’ve ever encountered – on part with Tamiya’s luscious 1/32 Corsair or the finest from Wingnut Wings. There are several clever touches throughout, such as the completely plane cockpit tub with the bulkheads, side consoles, pretty much everything treated as separate parts. This opens up a wealth of possibilities for the aftermarket players – I hope. Since with the way the cockpit and nose bay work together, the thought of shoving an ill-fitting Aires cockpit in here makes me cry. The wings, the exhaust nacelles, the main gear struts – clever and confident engineering abound.

That said, I think it’s a mistake to label this kit as some kind of second coming. There are of course the usual 1/48 jet letdowns – forgettable wheels and ejection seats in particular. The cockpit detail is also a serious disappointment and lags behind Tamiya’s own F-16, as well as the standards being set by Eduard, Trumpeter, Great Wall Hobby and others. The lack of options is also a point of contention. The wings are solid – so if you want to splay the flaps and slats, you’re out of luck. The kit parts only depict a relatively early F-14A, missing items found on later blocks (and retrofitted to earlier blocks) such as the TCS pod on the chin, ECM bumps by the intakes, and tail stiffeners.

Still, overall, this kit delivers, and builds like a dream. The gripes I have are merely that, as good as it is, it could have been straight-up great with just a few minor things.

The Many Ways I Goofed

Every build is a pursuit of perfection – and inevitably falls short. That’s how we learn and grow as modelers. And the F-14 is no exception. While I’m pretty happy with the way it came together as a whole, there are plenty of areas where lessons were learned and where I’m less than happy with what I pulled together. For instance, I think I went a bit too dark on the underside staining, and there are some visible blobs in the weathering. I also did a shitty job with the position lights on the wing gloves – though I think Tamiya deserves half a middle finger for not putting those parts in as clears. If SKP is paying attention, they’re definitely a place where their PE lenses would come in handy. 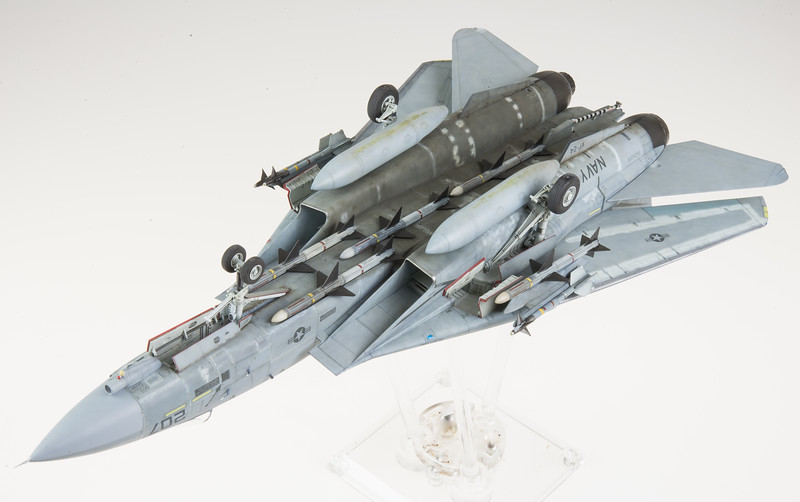 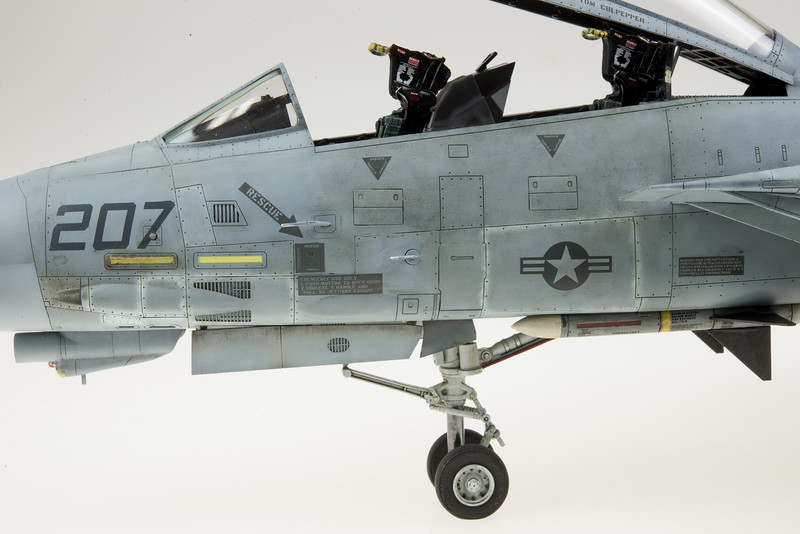 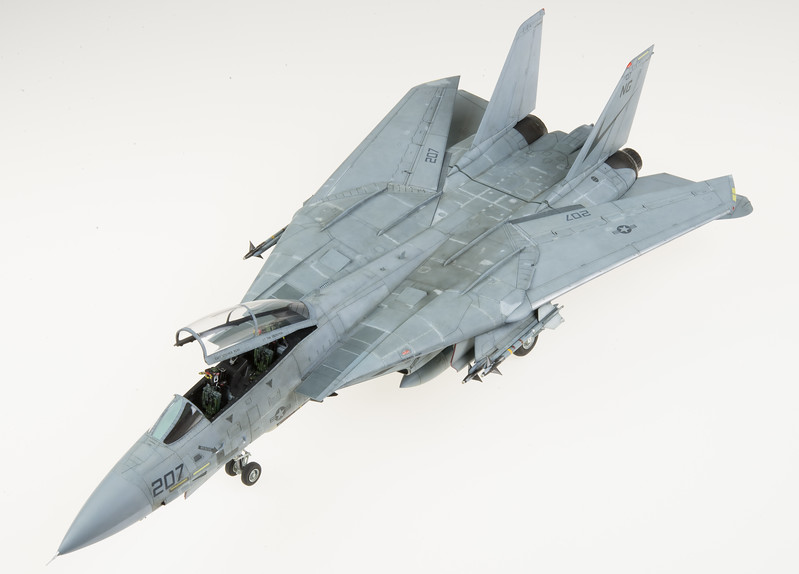 Check out all build photos over at SmugMug