There’s thin strips of tape with wire buckles. There’s lead foil. There’s photo-etch, which can be excellent, especially with Eduard-style color photo-etch. But photo-etch is stiff and difficult to pose realistically.

About a month ago, I read about these new seatbelts from HGW. They use photo-etch buckles and other hardware, but the belts themselves are made out of a “microtextile” that behaves much more like the real thing.

Since they cost roughly the same as Eduard’s PE belts, I decided to grab a few to give them a try. Stay tuned for a review, but so far, these things look very promising.

NOTE: These pictures were taken with an iPhone under less-than-optimal conditions and a lot of the fine detail is wiped out, particularly on the belts. They look awesome in person, easily on par with Eduard’s best, with stitch lines and the like. 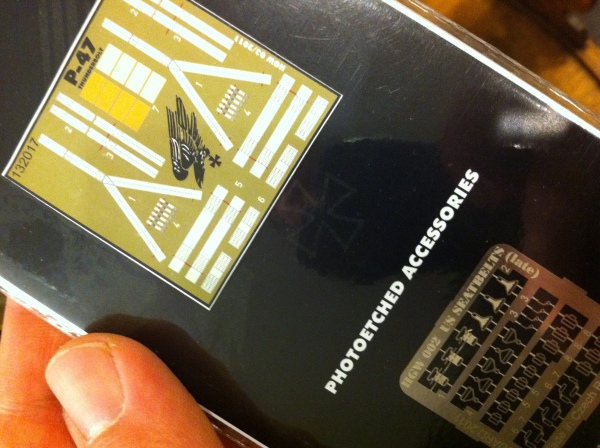 So, what do you think? Do these look awesome or what?