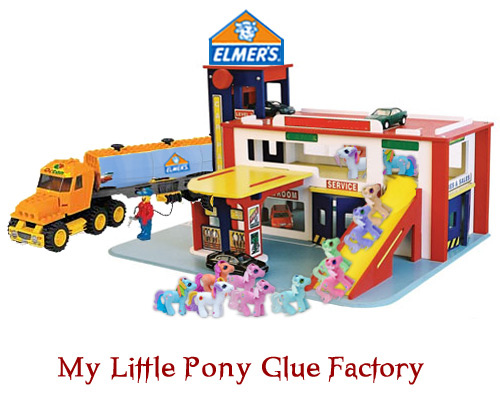 When I came back to modeling in 2010, I initially had a lot of questions about glue. After all, my last experience had been building models as a kid, and the glue situation was pretty much as follows:

My questioning period lasted about two weeks, until I discovered the awesome power of modern solvents. But across various forums and groups, I still see glue questions pop up all the time. So here’s a quick primer.

Do you want to glue plastic to plastic?

Use a liquid cement, also known as solvent cement, liquid welder, or other variations and combinations of these words. 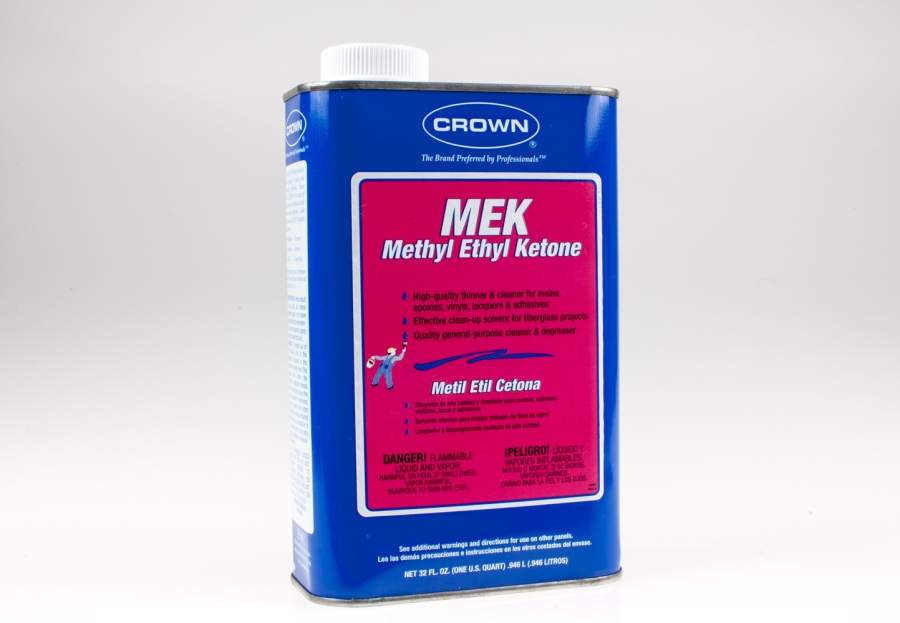 This stuff works by literally melting plastic, so that it fuses together and cures as a single piece. It is stunningly effective, and if you choose the right welder and have a good join to work with, the entire process from application to cured takes maybe a minute, tops.

Trickier joins – where the parts are warped or misaligned and need some kind of force applied – may take a bit longer. But there should be zero need to clamp, rubber band, or otherwise force plastic together over extended periods of time with a good solvent welder. 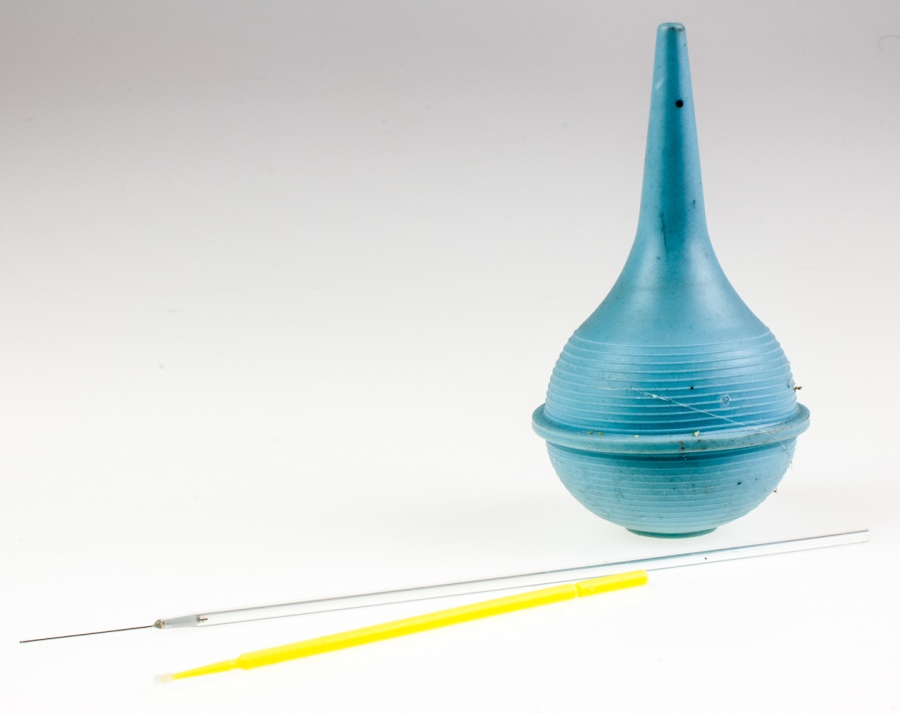 The Touch-n-Flow is a marvel of a device. Basically a small glass tube with a syringe glued into one end, it allows you to “draw” the solvent along a join. Use one of those baby snot-sucker things to draw solvent into the tube, then get a good flow going and lightly draw the tip of the syringe over the join. Capillary action will pull the solvent out and it will flow into the join. Just take care to keep your fingers clear, unless you want your fingerprints baked into the plastic!

Scared of the Touch-n-Flow? Try a yellow-handled microbrush. For smaller stuff, or joins along edges (such as the leading and trailing edges of wings), I think the microbrush approach actually works better.

To use the microbrush, hold your parts together loosely, get the microbrush wet with solvent, brush it where it needs to go, and apply light pressure to the parts. Wait a few seconds. And done! Yes, it’s that easy.

Yes! You can glue clear pats with solvent cement! You want to be careful, but it’ll get you a much stronger connection that white glues, and won’t fog the way superglues can.

If you’ve got a windscreen that just doesn’t want to sit right, or needs pressure to do so, by all means consider using solvent on it.

My go-to solvent is Methyl Ethyl Ketone, or MEK. You can buy it at any hardware store. It’s “hotter” than a lot of the modeling-oriented stuff, and far cheaper.

Solvents will eat the hell out of paint. So, while you can glue painted parts together, expect a slurry of melted paint and probably a slightly longer curing time. And repainting.

Solvents don’t work with resin, photo-etch or even with different types of plastic. Stryene only. If this is confusing, look up above at how it works.

Do you want to glue other materials to plastic?

What should you use to glue photo-etch, resin, or metal to your build?

It depends! There are generally two go-tos – cyanoacrylate superglue, and PVA (white glue). Each has some distinct benefits and drawbacks.

CA is powerful stuff, and honestly it’s a valid choice for almost any “stick stuff to other stuff” need. It doesn’t melt-and-weld the way solvents do. It’s a straight-up adhesive. This means it excels at gluing different substances together. I personally try to limit my use of CA, but here’s a handy guide…

Like glue. Apply to surface. Stick surface to other surface. For minute amounts of CA, I often use a toothpick or an old airbrush needle as an applicator.

For extra thin CA, you will want to use some kind of applicator, or else there will be a big mess. You can make one for yourself by twisting some fine wire around an airbrush needle and then snipping off a piece of the “ring” that’s formed. Or you can buy them. Load the applicator with CA and touch it to whatever you’re gluing. Capillary action will do the rest. It’s not quite as easy as that, but it’s not difficult to get the hang of it with a bit of practice.

Okay, so I know I just wrote up above that CA is NOT good for canopies. But it can be, as I found out on Kitty Hawk’s AH-1Z Viper. The Viper’s canopy doors hinge off of a central “spine”, if you will, and the kit includes tabs to that effect. But they’re at weird angles. Too much tension for white glue to handle, so in desperation, I tested my trusty Loctite gel on some spare clear parts. And get this – it only fogs where you put it. So a little bit of CA and boom, canopies done. 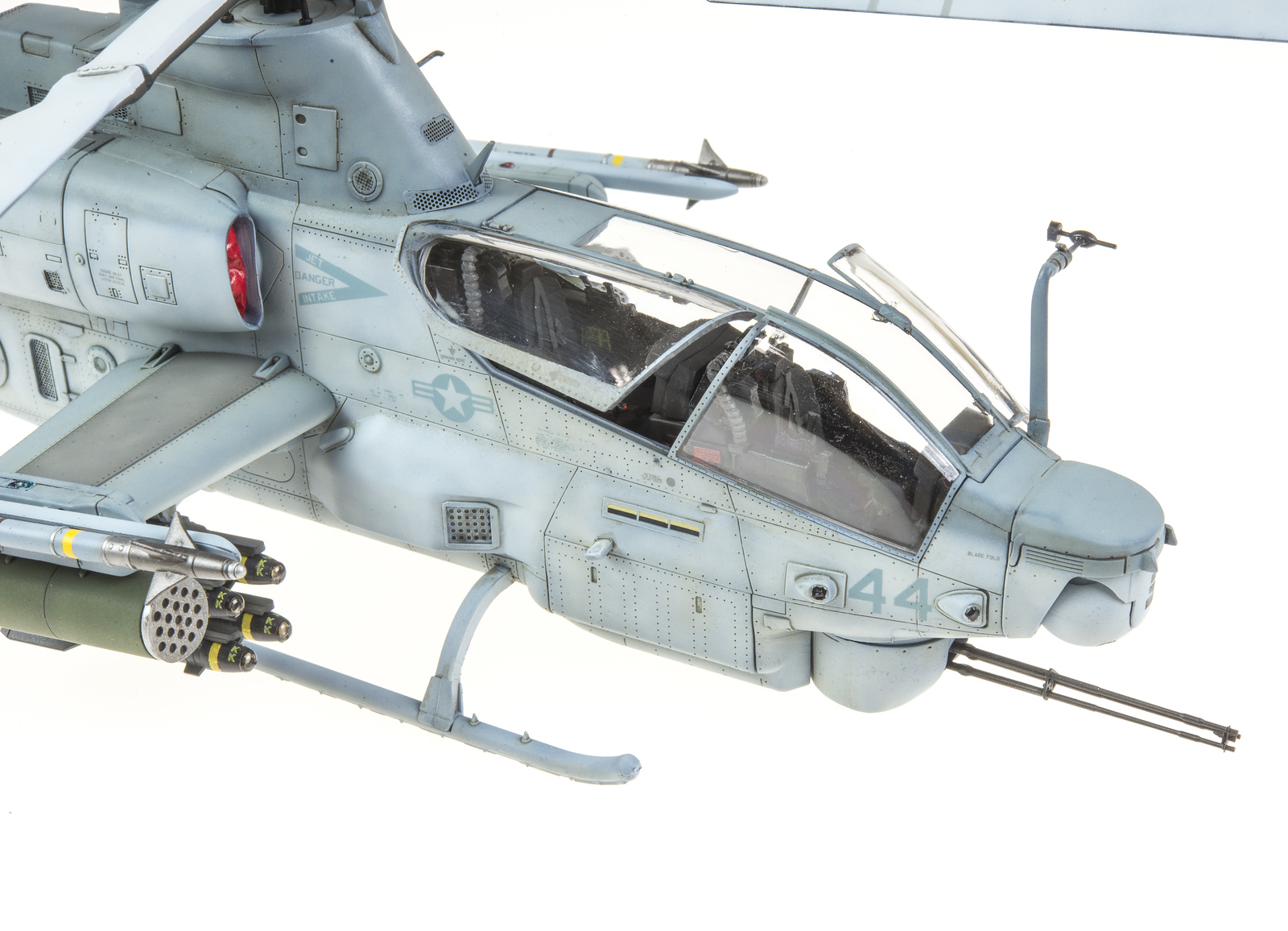 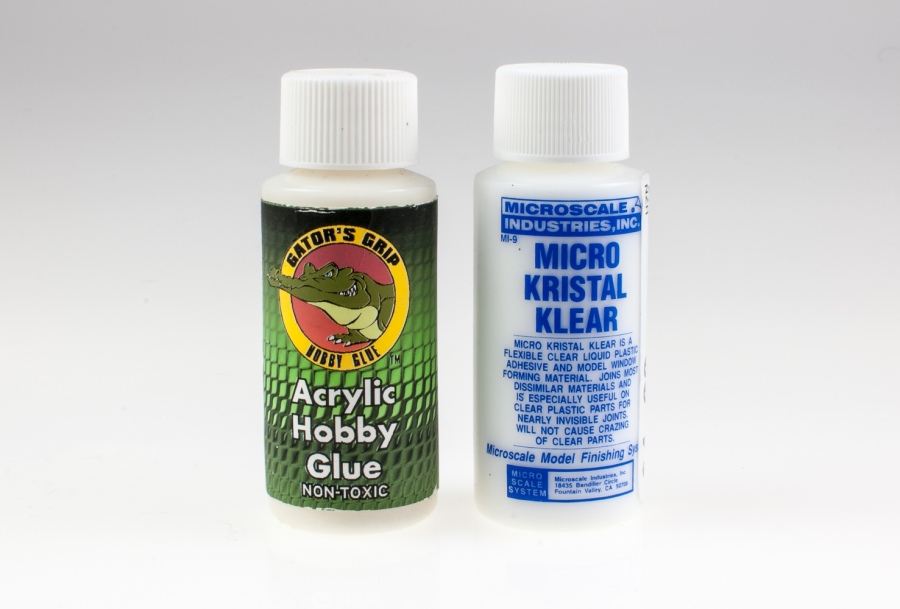 PVA glues are basically white glues…on steroids. They will hold better than Elmers, but since they’ve got some elasticity built in, they are not ideal choices for any part that’s under any kind of tension.

In my various bonehead attempts, I’ve had the tension from rigging wire pull eyebolts out of their holes. I’ve had a Bf 109 canopy flop completely over so its sitting flush with the fuselage side. I’ve had stubborn PE lift from its mating surface.

PVA glue is also very resistant to shearing forces. Or…not so much resistant as it bounces back easily. The elasticity that makes it suck in tension is a savior if you accidentally knock that antenna askew…it won’t go breaking and flinging off into the void, it’ll just fall over flat, and all you have to do to fix it is stand it back up.

You’re gluing two different materials, they’re load-bearing and they have to be tough

Sometimes, you need your shit to hold. Gear struts on a very large aircraft, like HK’s 1/32 B-25 Mitchell. 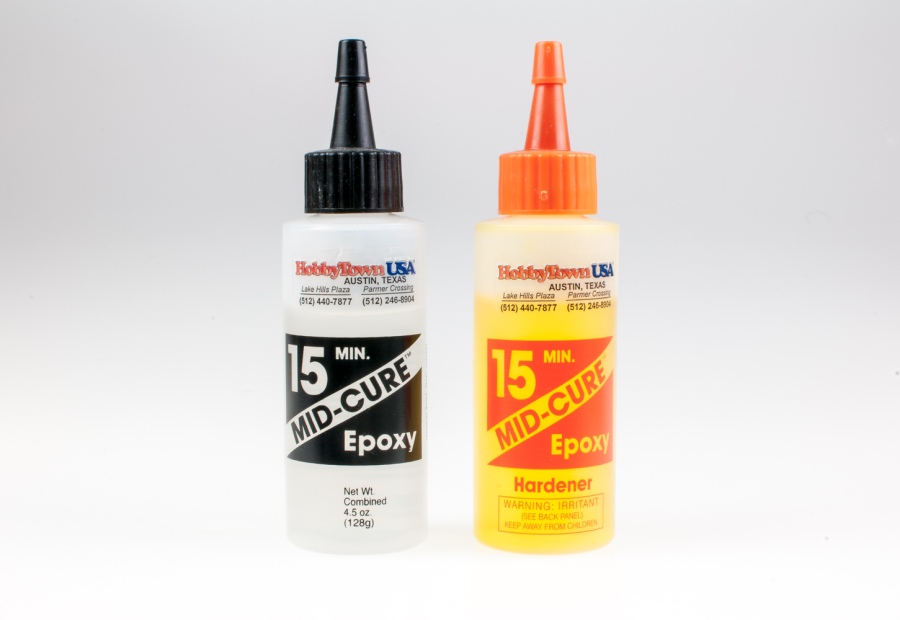 This epoxy cures over about 15-minutes (you can get various cure times) and is rock solid once it sets. But it’s gooey as hell when you’re working with it, and it stinks like nobody’s business.

But when you really need it, there’s no substitute.

Hobbytown USA 15-Minute Epoxy. I bought my set years ago and have maybe used a third of it.