Around the time Alaric was leading his Visigoths toward Rome, Special Hobby began work on their 1/32 Hawker Tempest.

Okay, maybe not that long ago. But this kit has been in development for years.

Now that it’s out, I told my usual aversion to short run kits to STFU and snagged one. In part because I’m a glutton for punishment and/or stashing. And in part because I really like the Tempest.

I haven’t intended to touch it, but so far the conversation out there about the kit has been…frustrating. There’s been plenty of ejaculatory praise given to its surface detail – I’ve even seen comments to the effect of “Tamiya has some catching up to do”.

Please. The surface detail is good – really good for a short run kit – but let’s not get carried away.

Anyway. There’s been this sort of weird non-evaluation evaluation going on. The detail is great! Yay! It only includes one type of spinner! Boo! And that’s about it.

As is sadly usual, nobody seems to be talking about the kit as, well, a kit. About how it’s engineered. About how it fits.

So I couldn’t resist.

I won’t bore you with a bunch of pictures of sprues. Suffice to say, the Tempest looks great in pieces. Unlike Fly’s Hurricane and other shorties, the crisp detail extends beyond the exterior surfaces. Control consoles, gear bays, cockpit framing, they all look rather good. And the surface detail is definitely the best I’ve ever seen from Special Hobby.

If you expect a short run kit to have much in the way of location aids, you’re usually going to be in for a bad time. So imagine my surprise when I turned the nose parts around and saw this:

And inside the main fuselage, this:

There are locator pins and location ridges throughout. And while there is some flash here and there, some mold seams, they’re on a level you might expect from one of the second-tier mainstream kitmakers like Kinetic or Kitty Hawk.

Being both curious and impatient, I did a quick removal and cleanup of the main components – wings, fuselage, spinner, stabs, rudder – and jammed them together with some tape to hold things in place.
The result? 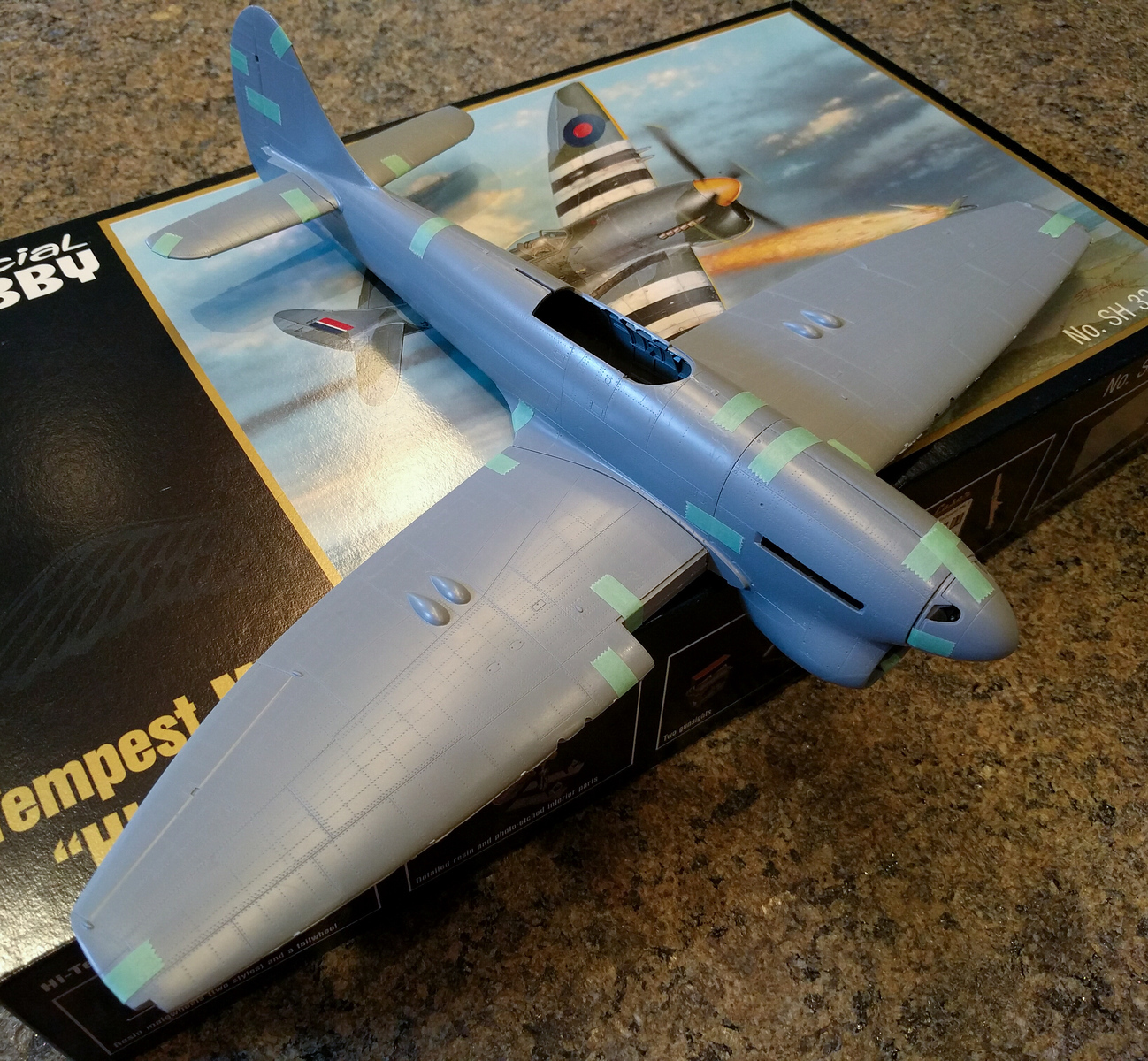 As you can see, some small gaps remain, but they’re really small and some of them will almost certainly turn invisible during a proper cleanup and build. For the others, we’re talking relatively minor amounts of putty.
The wing-to-fuselage join is particularly impressive. I know a small gap is visible above, but it’s significantly smaller than what I’ve encountered on kits from Hasegawa and Trumpeter in the past.
Engineering-wise, everything appears to be solid. The cockpit is slightly concerning – getting the tube frames and front and rear bulkheads aligned could be a minor challenge, but the fuselage’s location ridges should allow it to serve as a jig. There’s no fancy bullshit to complicate things really anywhere. This unfortunately means no Sabre engine, no lowered flaps, no exposed gun bays, but I’ll take a clean, well-fitting build any day. And Eduard will be releasing flaps in August if one is so inclined.
The only frustrating bit is probably the separate leading edge bits at the wingroots. But these mean we will be getting two kits I never thought we’d be seeing in 1/32 scale – a post-war Tempest VI, and the Centaurus-engined Tempest II. 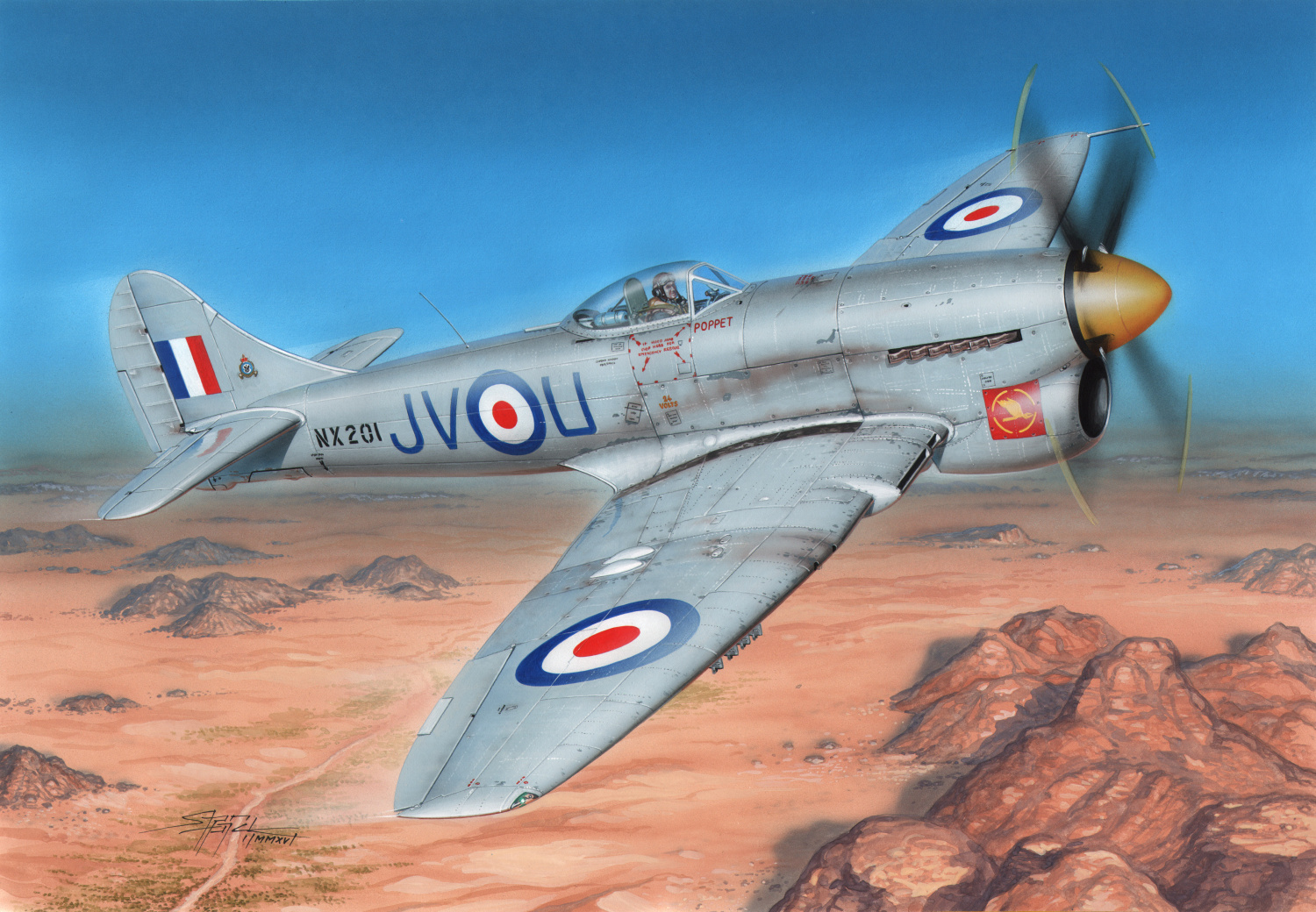 Short run kits are usually synonymous with “this is going to be a bitch to build”.
With the Tempest, Special Hobby has smashed the usual expectations of what a limited run kit can be.
If I were completely unaware of this kit’s development, and someone put the sprues in front of me and told me it was an upcoming Trumpeter release, I’d have zero problem believing them.
And not one of Trumpeter’s shitberg releases, but one of their good ones like the Dauntless or Me 262.
Now – I’m not going to do the whole HIGHLY RECOMMENDED thing. Not until I’ve built it.
But if you’ve been squeamish on this kit because of its short run origins, I would personally consider those fears allayed. This is not only the best Tempest in 1/32 scale (not a hard title to claim), but it’s a legitimately solid kit that can stand toe to toe with mainstream kits in terms of detail, engineering and fit.