Voting’s wrapped on Round 2, and the winner is… 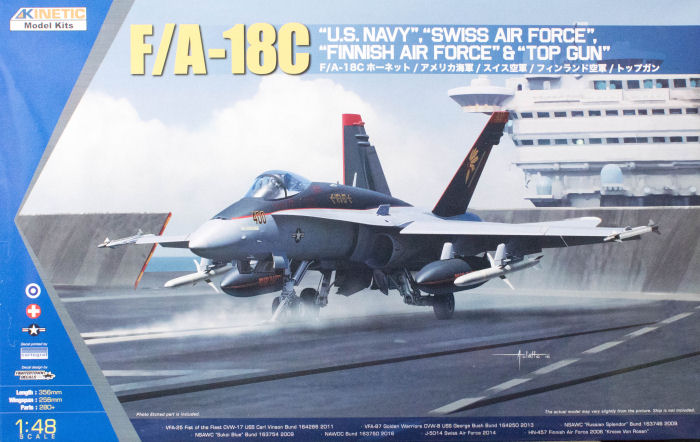 Ultimately, this round came down to the Hornet and the Bronco P-40C, with Hasegawa’s 1/32 A6M5c and Kinetic’s Super Etendard running a distant race for third.

A Hornet We Can Believe In?

First, I love that Kinetic is putting the effort into a new-tool 1/48 Hornet. Hasegawa’s been sitting on its laurels on many fronts, and the Hornet is very much one of them.

Second, I’m eager to put Kinetic’s “this time!” claims to the test. It seems that, with every kit going back to at least the Mirage IIIE, Kinetic’s been in this mode of promising that [insert kit coming out soon] is going to be on a whole new level from what they’ve offered in the past. And inevitably, when said kit is released the consensus seems to be “good, but…”

At this point, it’s kinda starting to seem like the kitmaker who cried wolf.

That’s not to say I’m coming in anti-Kinetic. In my experience their kits have some very good elements…and some that could use some work. They’re like a sports team that has all the right elements, but can’t seem to bring them all together at the same time.

Has Kinetic done it this time? Is their F/A-18C going to dethrone Hasegawa’s a kick off a new age of 1/48 Hornet glory? We shall see.

As to the Rest…

So, what kits will carry over to Round 3?

The following all managed to get more than 30 votes, so they live to fight another day:

Stunningly, armor kits were completely blown out this time around. The winning armor kit was the AFV Club Husky III, with a whopping 8 VOTES.