But that’s no reason I can’t start work on the “Swiss Miss” while I try to make up my mind! So off to the races…

First thing’s first, seeing how the kit will go together overall.

Pretty darn well actually! The fuselage mates up nicely of course, but the fit of the tail section is a nice surprise that falls right on a panel line and leaves no gaps, steps or other apparent issues.

The wings are different from anything I’ve experienced on previous 109 builds. Instead of a bit three-piece wing and underbelly unit, Hasegawa lets the underbelly do its own thing and keeps dihedral with a nifty little wing spar.

One beef here. The plastic Hasegawa uses – at least with this wing spar – feels quite floppy. Not as big a deal on the little 109 as it is on, say, their big P-47, but still, I prefer the beefier wing spars I’ve encountered on some other kits.

The upper gun deck fits pretty well and thankfully is one of those that lets you install the guns after the fact.

The stabilizers are almost push-fit, with keyed, interlocking tabs that hold them at the proper dihedral quite well.

Happily, the front windscreen also appears to be a very good, clean fit.

All Gustav cockpits were finished out in RLM66, which I honestly kind of hate. The cockpit of the 109 is already closed and rather dark, and the so-dark-it’s-almost-black gray just makes everything harder to see. But, it is what it is, so I laid down a coat of Tamiya XF-1 Black and went over it with XF-63 German Grey. 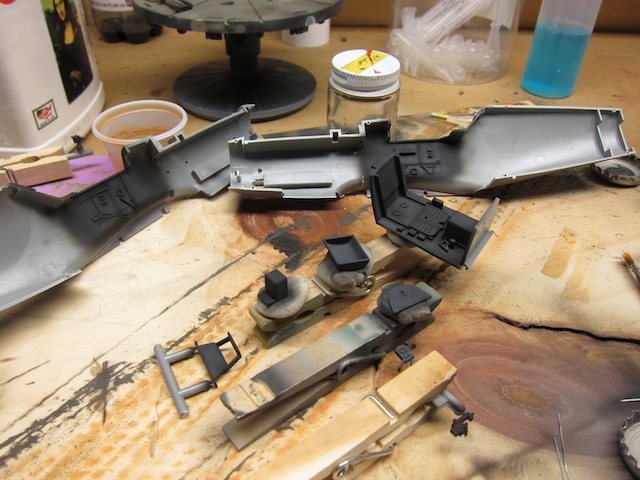 Once the coat dried, details were picked out with a drybrushing of Model Master Dunkelgrau, and some chipping work with the trusty Prismacolor silver pencil. These Swiss 109Gs weren’t in service very long, since they proved very unreliable (probably due to sabotage by the slave labor the Germans employed to build them), and J-704 in particular was refurbished after a crash, so I’m assuming the offices were probably in decent condition.

Before moving on to the rest of the cockpit detailing, I pulled out the Eduard Zoom set I’d purchased for this build. It’s a bit limited and honestly I wish I’d thrown down the extra little bit for the full interior set. Still, the multi-part instrument panel is an impressive sight. 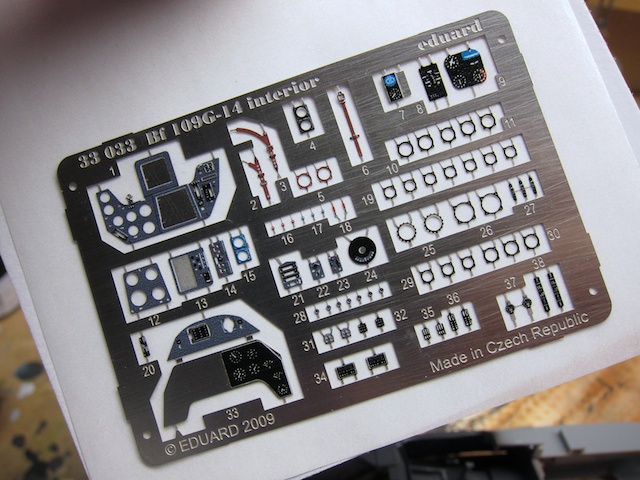 Frustratingly, Eduard’s color photo etch stuff always seems to photograph really poorly for me, making the color printing look way worse than it does in person. But once it’s all put together, the instrument panel looks a little something like this.

Meanwhile, in the cockpit, I wasn’t happy with the way Hasegawa depicted some of the wiring and plumbing, so I made up my own out of some wire. 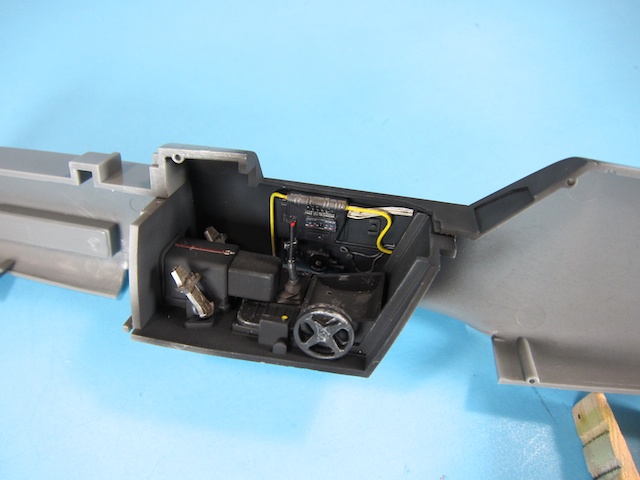 Before closing the fuselage, I took a brief interlude to install the Eagle Editions supercharger intake. This necessitated cutting a hole in the fuselage, which wasn’t terrifying at all. Fortunately, the Dremel made quick work of most of it, and a succession of files and sanding sticks finished off the job. The supercharger was then placed, and secured with some Deluxe Materials Rocket Max cyanoacrylate glue. 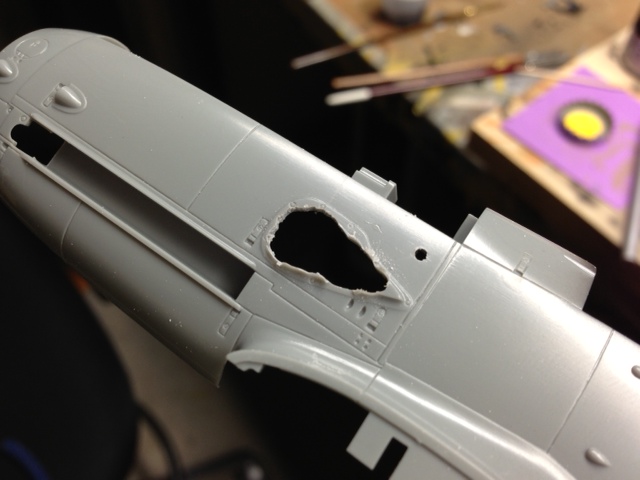 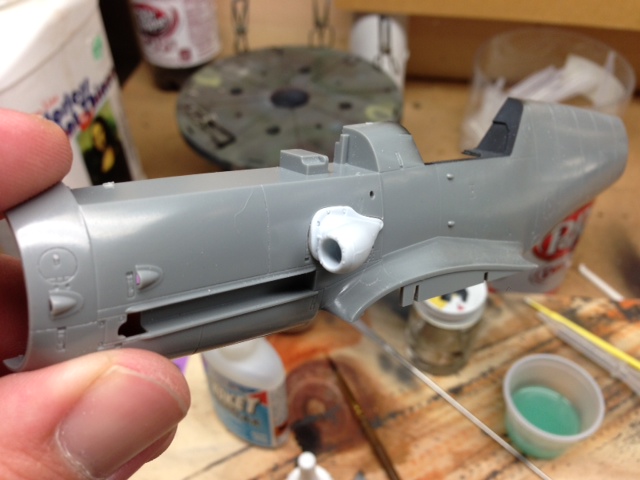 Rather than fight with photo-etch seatbelts, I ordered a microtextile job for this kit. Alas, by the time the cockpit was nearing completion, it remained a no-show. Fortunately the cockpit is designed so that the floor slots up through the fuselage, so I went ahead and joined the fuselage halves and the tail unit, then glued in the Eduard PE instrument panel. 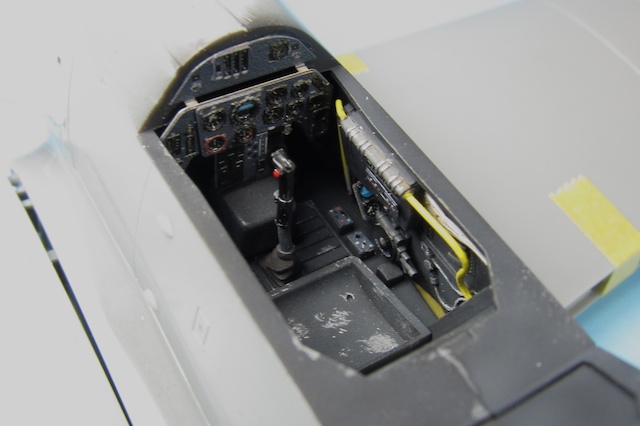 With the cockpit 90% done and the fuselage joined, the Swiss Miss is going to be in a holding pattern until the seatbelts and PE radiator grilles show up. Stay tuned for their appearance in Part 2 of the build log!